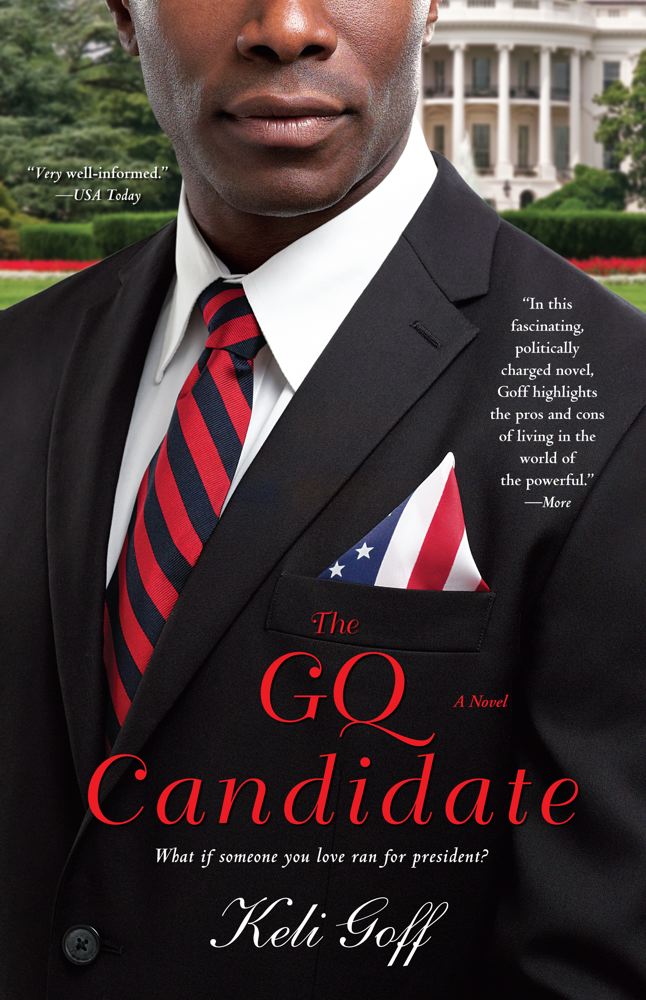 The West Wing meets Entourage when “one of the most provocative political bloggers in the country” (The Philadelphia Tribune) exposes the stunning implications a historical bid for the presidency has on the candidate’s inner circle.

Michigan governor Luke Cooper, one of the few black and—by virtue of adoption—Jewish elected officials, stuns his tight-knit friends with his decision to run for president. But could their efforts to help ultimately be his political downfall? Scandal and gossip surrounding his supporters rock his campaign, and even Luke’s wife grows wary of the spotlight when a surprise from their past inconveniently resurfaces. . . .

Selected for the Los Angeles Times’s summer reading list and as one of More magazine’s “Beach Reads You’ll Love,” Keli Goff ’s clever and entertaining debut novel is a spot-on golden ticket into the secret heart of the political circus.

Praise For The GQ Candidate: A Novel…

"In recent years, and especially in the election of 2008, Keli Goff brought skill and grace to the rough-and-tumble arena of political commentary. Now, in time for 2012, she has aimed those same talents at fiction, and the result is a witty novel that reminds us that all politics is personal." - Arianna Huffington, President and Editor-in-Chief of The Huffington Post Media Group.

"Goff's intellectually pulsating and fresh political page-turner is penned with undeniable heat and heart-racing soul...each character's inside portrait, vividly threaded making you invest deeper. If you love government affairs laced with swaggering scandal and an intense competitive race to the finish line, The GQ Candidate is a must-read." - Victoria Rowell

"From its humorous inside peek at the world of politics to its honest portrayal of the vicissitudes of a loving marriage, Keli Goff's book is the ideal escape for the thinking person. Hers is a bold and bright voice for a new, "post-racial” generation." Susan Fales-Hill, author of One Flight Up.

"If you're the type that's always stirring up the water cooler discussion on the latest political scandal then Keli Goff's literary debut is a must read." --JET Magazine

Keli Goff is an author, blogger and political analyst whose commentary on politics and pop culture appears regularly in national television, print and online publications. She is a frequent guest on news programs on the networks CNN, FOX, MSNBC and NPR, and is a regular contributor to TheLoop21.com and the Huffington Post. She is the author of the book PARTY CRASHING: How the Hip-Hop Generation Declared Political Independence. This is her first novel.
Loading...
or support indie stores by buying on