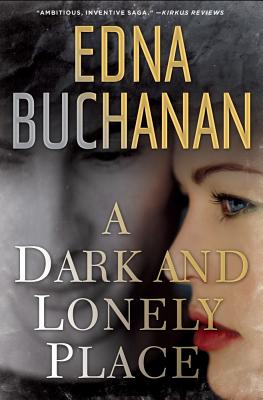 A Dark and Lonely Place

From Pulitzer Prize winner Edna Buchanan, the novel she has always wanted to write: the gripping saga of star-crossed lovers across generations.

From Pulitzer Prize winner Edna Buchanan, the novel she has always wanted to write: the gripping saga of star-crossed lovers across generations. A century ago, when Indians and alligators roamed frontier Miami, the legendary John Ashley was accused of murder and sentenced to hang. He insisted he was innocent and went on the run with his sweetheart, Laura Upthegrove.

John and Laura became the most notorious, colorful, and compelling figures in Florida’s violent outlaw history. Their sensual and dreamy saga is juxtaposed with the taut and suspenseful story of their fictional descendants who share the same love and dangers a hundred years later. In today’s Miami, Homicide Sergeant John Ashley investigates a millionaire’s spectacular murder and instantly recognizes a stunning model linked to the case as the girl who has haunted his dreams since childhood. Her name is Laura, and the lightning-fast attraction is supernaturally mutual.

The homicide case goes bad, Ashley is falsely accused of murder just like his ancestor, and the new lovers go on the run as history repeats itself. The question is, how powerful is the past? Do the present-day renegades stand a chance? Can we change our own destiny? Or must the end always be the same for dangerous people in dangerous times?

In a sweeping epic that explores the inevitability of fate, A Dark and Lonely Place draws the reader into an unforgettable world of intrigue, drama, romance, and tragedy.

Praise For A Dark and Lonely Place…


"Edna Buchanan’s A Dark and Lonely Place is an action-packed South Florida love story that blends fact and fiction, past and present, and ultimately transcends time."

Edna Buchanan worked The Miami Herald police beat for eighteen years, during which she won scores of awards, including the Pulitzer Prize and the George Polk Award for Career Achievement in Journalism. Edna attracted international acclaim for her classic true-crime memoirs, The Corpse Has a Familiar Face and Never Let Them See You Cry. Her first novel of suspense, Nobody Lives Forever, was nominated for an Edgar Award.
Loading...
or
Not Currently Available for Direct Purchase