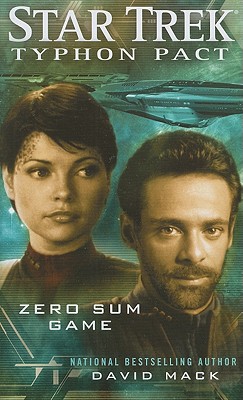 A spy for the Typhon Pact—a new political rival of the Federation—steals the plans for Starfleet’s newest technological advance: the slipstream drive. To stop the Typhon Pact from unlocking the drive’s secrets, Starfleet Intelligence recruits a pair of genetically enhanced agents: Dr. Julian Bashir, of station Deep Space 9, and Sarina Douglas, a woman whose talents Bashir helped bring to fruition, and whom Bashir thinks of as his long-lost true love.

Bashir and Douglas are sent to infiltrate the mysterious species known as the Breen, find the hidden slipstream project, and destroy it. Meanwhile, light-years away, Captain Ezri Dax and her crew on the U.S.S. Aventine play a dangerous game of cat and mouse with a Typhon Pact fleet that stands between them and the safe retrieval of Bashir and Douglas from hostile territory.