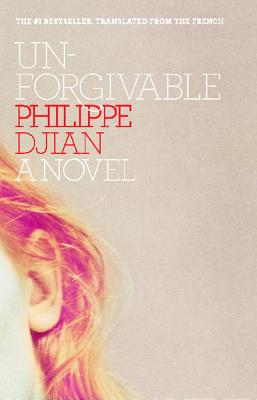 The Basque landscape is a delightfully sinister setting for the taut and cinematic "Unforgivable, "the #1 bestseller from French novelist Philippe Djian. Francis, a sixty-year-old author, has not written a word in the twelve years since his first wife and.

“Philippe Djian has no equal, amongst French authors, as the interrogator of the relationships that bind human beings together . . . it is this humanity—tackled head-on in all its complexity—that draws him close to the great Anglo-Saxon writers. Djian is incontestably the most American of French writers.” —Vogue (France)

“[Unforgivable] is impossible to put down.” —Libération

“Philippe Djian [delivers] a beautiful exercise of self-deprecating humor . . . Various reflections [on] paternity, on writing, on relationship erosion, and on aging, [Unforgivable] treats serious subjects . . . with seriousness but without taking itself too seriously.”

“Djian, here at the height of his talent, is capable of giving life to the sixty-year-old Francis, at once violently egocentric and infantile, engaging and unreasonable . . . a profoundly thoughtful novel . . . the minute examination of parent-child relations, the theme of forgiveness and of mercy, are only at the surface of a much larger aesthetic and ethical ambition: to detail the craft of life and love . . . remarkably well done.” —Télérama

“Djian has the genius to succeed in two genres at once, the genre of the intimate diary . . . and the ‘sea, sex, and sun’ genre, stormy at times. He writes panoramically, wide-screen, the seaside under a telescope, Californian sky, the angle of the camera well-chosen between the lawn and the garden path . . . Unforgivable is the account of a misanthropic charmer . . . you won’t be bored for a second.” —Le Point

“A long journey of doubt, of obsession, and, above all, of setbacks and blows. Economic prose . . . and very sharp. Djian’s language rings true.” —Métro

“[Djian’s] imagination has rarely been as fertile . . . a reflection on the way literature ingests the whole life of an author. That, for Djian, is surely true.” —Livres Hebdo