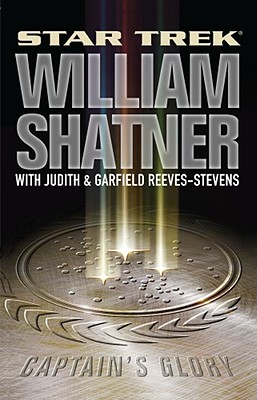 With the civil war on Romulus averted, Kirk is finally free to seek out the truth behind the death of his oldest and closest friend. Was Spock killed by the shadowy organisation known as the Totality? A generous offer from Starfleet provides him with the starship he needs in order to reach his goal. Their only proviso: that they can call on his help if they need him. But what happened to Spock is not Kirk's only worry: Joseph, his son, is rebelling wildly against the restrictions placed on him as the price of Romulan peace. Is the Totality somehow also linked to Joseph's rage? But before he can find the answers to either troubling question, Kirk receives a call from Admiral Janeway, telling him she needs him to save the Federation. Torn between his mission and his duty, the cause of the Federation must claim him one more time before he can turn his attention either to his friend or to his son.

Pop culture icon William Shatner returns with another breathtaking Star Trek adventure in which both generations must battle an unstoppable enemy for the existence of all life in this galaxy -- and beyond.

William Shatner is the author of nine Star Trek ® novels, including the New York Times bestsellers The Ashes of Eden and The Return. He is also the author of several nonfiction books, including Get a Life! and I’m Working on That. In addition to his role as Captain James T. Kirk, he stars as Denny Crane in the hit television series from David E. Kelley, Boston Legal—a role for which he has won two Emmy Awards and a Golden Globe. Find more information at WilliamShatner.com.
Loading...
or support indie stores by buying on