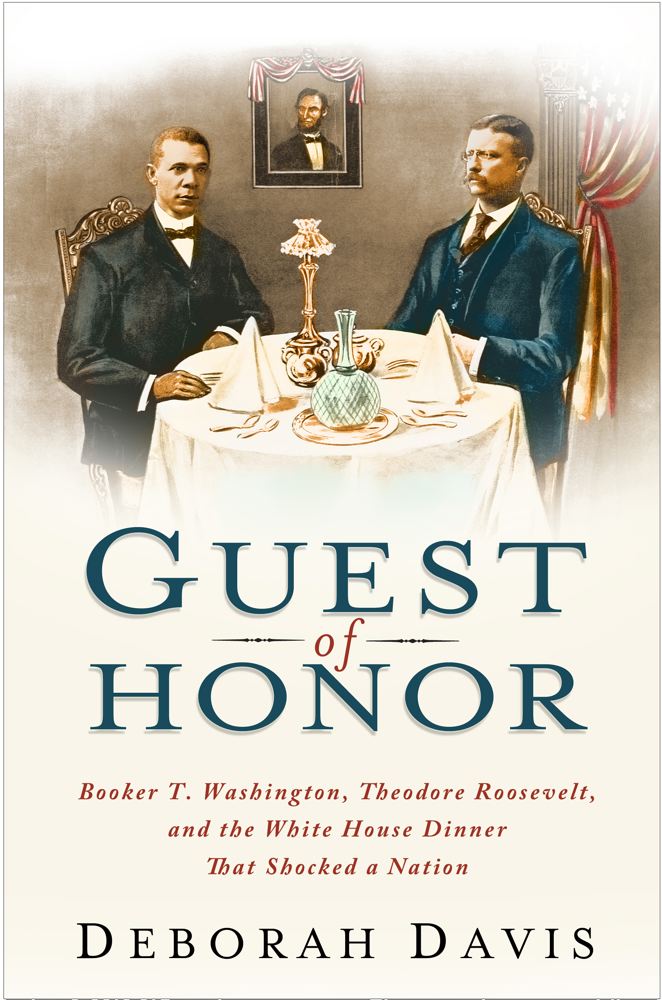 In this revealing social history, one remarkable White House dinner becomes a lens through which to examine race, politics, and the lives and legacies of two of America’s most iconic figures.

In 1901, President Theodore Roosevelt invited Booker T. Washington to have dinner at the executive mansion with the First Family. The next morning, news that the president had dined with a black man—and former slave—sent shock waves through the nation. Although African Americans had helped build the White House and had worked for most of the presidents, not a single one had ever been invited to dine there. Fueled by inflammatory newspaper articles, political cartoons, and even vulgar songs, the scandal escalated and threatened to topple two of America’s greatest men.

In this smart, accessible narrative, one seemingly ordinary dinner becomes a window onto post–Civil War American history and politics, and onto the lives of two dynamic men whose experiences and philosophies connect in unexpected ways. Deborah Davis also introduces dozens of other fascinating figures who have previously occupied the margins and footnotes of history, creating a lively and vastly entertaining book that reconfirms her place as one of our most talented popular historians.

Praise For Guest of Honor: Booker T. Washington, Theodore Roosevelt, and the White House Dinner That Shocked a Nation…

"Provide[s] a panoramic view of America at the turn of the 20th century. . .Davis’s book is a marker of how far the country has come." --Washington Post

"A well-researched, highly readable treatment of an important era in racial relations, encapsulated in the meeting of two of the era’s most significant men."
--Kirkus Reviews, starred review

“In fluid prose and with clear respect for her subject matter, Davis paints a vivid picture of race relations at the turn of the 20th century – a story resonating with today’s fraught political and racial landscape.” – Publishers Weekly

“Valuable because it gives us not only a picture of how things have changed in the century since TR was President but also how much really hasn’t changed.”
--The Moderate Voice

“[Davis] does an excellent job of sketching the backgorund of this remarkable period." -- Wilmington Star News

Deborah Davis is the author of Fabritius and the Goldfinch; Guest of Honor: Booker T. Washington, Theodore Roosevelt, and the White House Dinner That Shocked a Nation; Strapless: John Singer Sargent and the Fall of Madame X; Party of the Century; and Gilded. She formerly worked as an executive, story editor, and story analyst for several major film companies. For more information, visit www.WarholRoadTrip.com and follow along on Instagram @WarholRoadTrip.
Loading...
or
Not Currently Available for Direct Purchase