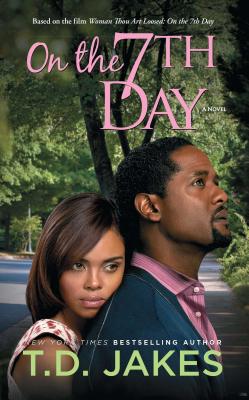 On the Seventh Day

Based on the film starring Blair Underwood, Woman Thou Art Loosed: On the Seventh Day is an unforgettable story about a devoted couple whose relationship is put to the ultimate test.

Based on the film Woman Thou Art Loosed: On the 7th Day (executive-produced by T.D. Jakes) this novel follows the lives of a couple whose love and commitment are tested when their only child is kidnapped right from under them in their gated community in New Orleans.

David, a respected college professor, and his wife, Kari, appear to be the perfect churchgoing, prosperous couple when their young daughter is abducted. The police immediately launch an investigation and set out to find the child of this high-profile couple. Reports surface of a serial child-kidnapper on the loose with a pattern of killing his victims on the seventh day, so there’s no time to waste. In pursuit of information relevant to the case, the police uncover information about Kari whose past threatens her marriage and challenges the couple’s capacity to forgive.

T.D. Jakes is the CEO of TDJ Enterprises, LLP, as well as the founder and senior pastor of The Potter’s House of Dallas, Inc. He’s also the New York Times bestselling author of numerous books, including, Crushing, Soar!, Making Great Decisions (previously titled Before You Do), Reposition Yourself: Living Life Without Limits, and Let It Go: Forgive So You Can Be Forgiven, a New York Times, USA TODAY, and Publishers Weekly bestseller. He has won and been nominated for numerous awards, including Essence magazine’s President’s Award in 2007 for Reposition Yourself, a Grammy in 2004, and NAACP Image awards. He has been the host of national radio and television broadcasts, was the star of BET’s Mind, Body and Soul, and is regularly featured on the highly rated Dr. Phil Show and Oprah’s Lifeclass. He lives in Dallas with his wife and five children. Visit T.D. Jakes online at TDJakes.com or follow his Twitter @BishopJakes.
Loading...
or
Not Currently Available for Direct Purchase