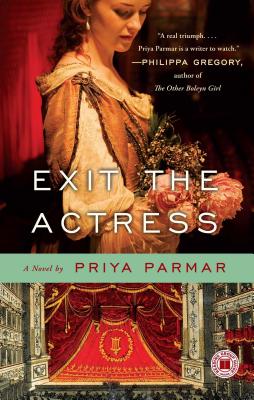 From the critically acclaimed author of Vanessa and Her Sister, the debut novel hailed by New York Times bestselling author Philippa Gregory as “a vivid imagining of the restoration London of Charles II with Nell Gwynn as a powerful and engaging heroine.”

While selling oranges in the Theatre Royal, Covent Garden, sweet and sprightly Ellen "Nell" Gwyn impresses the theater’s proprietors with a wit and sparkle that belie her youth and poverty. She quickly earns a place in the company, narrowly avoiding the life of prostitution to which her sister has already succumbed. As her roles evolve from supporting to starring, the scope of her life broadens as well. Soon Ellen is dressed in the finest fashions, charming the theatrical, literary, and royal luminaries of Restoration England.

Ellen grows up on the stage, experiencing first love and heartbreak and eventually becoming the mistress of Charles II. Despite his reputation as a libertine, Ellen wholly captures his heart—and he hers—but even the most powerful love isn’t enough to stave off the gossip and bitter court politics that accompany a royal romance.

Telling the story through a collection of vibrant seventeenth-century voices ranging from Ellen’s diary to playbills, letters, gossip columns, and home remedies, Priya Parmar brings to life the story of an endearing and delightful heroine.

Priya Parmar, a former dramaturg and freelance editor holds degrees in English Literature and theatre and is currently a doctoral candidate at the University of Edinburgh.  She divides her time between Hawaii and London.  Visit her website at PriyaParmar.com.

Praise For Exit the Actress: A Novel…

“A real triumph….A vivid imagining of the restoration London of Charles II with Nell Gwynn as a powerful and engaging heroine set in the busy world of the theater. This debut novel captures the glamorous world of the amoral court and the struggle of the city. Priya Parmar is a writer to watch.”
—Philippa Gregory
Author of The Other Boleyn Girl

“Nell is irrepressible, spunky, delightful: who wouldn’t fall in love with her? Her story unfolds through diary entries, letters, news announcements, recipes. It¹s a tasty and often amusing confection, sure to please. I absolutely adored it.”
—Sandra Gulland, author of the Josephine B. Trilogy and Mistress of the Sun
or support indie stores by buying on
Copyright © 2020 American Booksellers Association