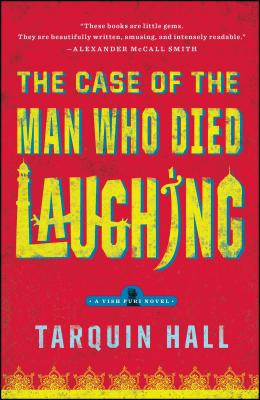 The Case of the Man Who Died Laughing

From the Files of Vish Puri, Most Private Investigator (Vish Puri Mysteries)

The latest adventures of Indian detective Vish Puri continues the series that "immediately joins the No. 1 Ladies' Detective Agency as representing the best in international cozies" (Booklist, starred review). Murder is no laughing matter. Yet a prominent Indian scientist dies in a fit of giggles when a Hindu goddess appears from a mist and plunges a sword into his chest. The only one laughing now is the main suspect, a powerful guru named Maharaj Swami, who seems to have done away with his most vocal critic. Vish Puri, India's Most Private Investigator, master of disguise and lover of all things fried and spicy, doesn't believe the murder is a supernatural occurrence, and proving who really killed Dr. Suresh Jha will require all the detective's earthly faculties. To get at the truth, he and his team of undercover operatives--Facecream, Tubelight, and Flush--travel from the slum where India's hereditary magicians must be persuaded to reveal their secrets to the holy city of Haridwar on the Ganges. How did the murder weapon miraculously crumble into ash? Will Maharaj Swami have the last laugh? And perhaps more important, why is Puri's wife, Rumpi, chasing petty criminals with his Mummy-ji when she should be at home making his rotis? Stopping only to indulge his ample Punjabi appetite, Puri uncovers a web of spirituality, science, and sin unique in the annals of crime.

Praise For The Case of the Man Who Died Laughing: From the Files of Vish Puri, Most Private Investigator (Vish Puri Mysteries)…