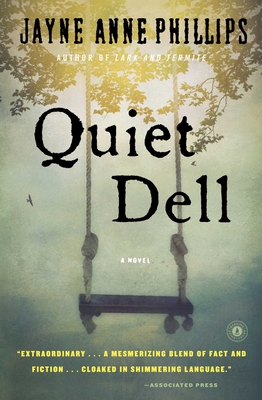 “Award-winning author Phillips has been haunted by this story for 40 years. Her novel is based on the murder of the Chicago widow Asta Eicher and her three children in 1931. Lonely and out of money, Asta corresponds with a seemingly moneyed and well-mannered stranger named Harry Powers. She is lured to West Virginia, where, within a few days, the family is brutally murdered. Emily Thornhill is the Chicago journalist who becomes deeply involved in solving the sensational case, during which she falls into a passionate but problematic love affair. Phillips portrays the Eicher family so charmingly, especially the youngest child, Annabelle, that our horror and outrage are tenfold. This earns a place on the shelf with such classics as Night of the Hunter and In Cold Blood.”
— Lisa Howorth, Square Books, Oxford, MS
View the List

A spectacularly riveting novel based on a real life crime by a con man who preyed on widows: "a brilliant fusion of fact and fiction, Jayne Anne Phillips has written the novel of the year" (Stephen King)--"think In Cold Blood meets The Lovely Bones--but sexy" (People). In Chicago in 1931, Asta Eicher, a lonely mother of three, is desperate for money after the sudden death of her husband. She begins to receive seductive letters from a chivalrous, elegant man named Harry Powers, who promises to cherish and protect her, ultimately to marry her and to care for her and her children. Weeks later, Asta and her three children are dead. Emily Thornhill, one of the few women journalists in the Chicago press, wants to understand what happened to this beautiful family, particularly to the youngest child, Annabel, an enchanting girl with a precocious imagination and sense of magic. Determined, Emily travels to West Virginia to cover the murder trial and to investigate the story herself, accompanied by a charming and unconventional photographer equally drawn to the case. These heroic characters, driven by secrets of their own, will stop at nothing to ensure Powers is convicted. A tragedy, a love story, and a tour de force of obsession, Jayne Anne Phillips's Quiet Dell "hauntingly imagines the victims' hopes, dreams, and terror" (O, The Oprah Magazine). It is a mesmerizing and deeply moving novel from one of America's most celebrated writers.