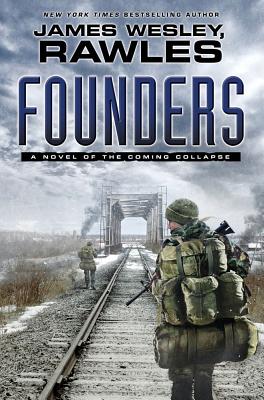 THE WORLD AS WE KNOW IT IS GONE.

It’s the near future, and thanks to a perfect storm of reckless banking practices, hyperinflation, a stock market gone mad, and the negligence of our elected officials, the entire social, political, and economic infrastructure of America has collapsed. Chaos reigns in the streets, medical treatment is no longer available, and a silent coup has placed a dangerous group of men at the helm of a false government. America’s fate is in the hands of those few individuals who have the survival skills, the faith, and the forethought to return this country to the state its founding fathers intended.

Praise For Founders: A Novel of the Coming Collapse…

Former US Army intelligence officer and survivalist James Wesley Rawles is a well-known survival lecturer and author. Rawles is the editor of SurvivalBlog.com—the nation’s most popular blogs on family preparedness. He lives in an undisclosed location west of the Rockies. He is the author of the bestselling Patriots: A Novel of Survival in the Coming Collapse and a nonfiction survival guide, How to Survive the End of the World As We Know It.
Loading...
or
Not Currently Available for Direct Purchase