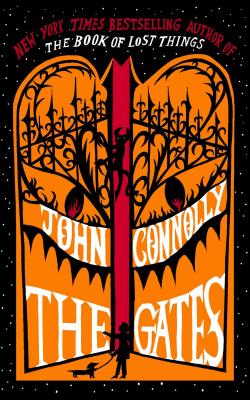 Bursting with imagination and impossible to put down, this “wholly original” (People) and “refreshing” (San Francisco Chronicle) novel from New York Times bestselling author John Connolly is about the pull between good and evil, physics and fantasy—and a quirky boy, who is impossible not to love, and the unlikely cast of characters who give him the strength to stand up to a demonic power.

Young Samuel Johnson and his dachshund, Boswell, are trying to show initiative by trick-or-treating a full three days before Halloween, which is how they come to witness strange goings-on at 666 Crowley Road. The Abernathys don't mean any harm by their flirtation with the underworld, but when they unknowingly call forth Satan himself, they create a gap in the universe, a gap through which a pair of enormous gates is visible. The gates to Hell. And there are some pretty terrifying beings just itching to get out...

Can one small boy defeat evil? Can he harness the power of science, faith, and love to save the world as we know it?

John Connolly is the author of the Charlie Parker series of thrillers, the supernatural collection Nocturnes, the Samuel Johnson Trilogy for younger readers, and (with Jennifer Ridyard) the Chronicles of the Invaders series. He lives in Dublin, Ireland. For more information, see his website at JohnConnollyBooks.com, or follow him on Twitter @JConnollyBooks.
or
Not Currently Available for Direct Purchase
Copyright © 2020 American Booksellers Association