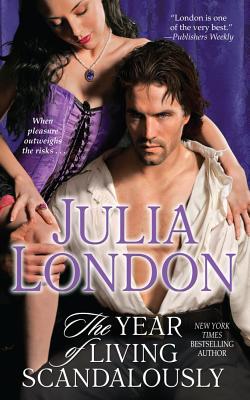 In 1792, the village of Hadley Green executed a man for stealing the Countess of Ashwood’s historic jewels. Fifteen years later, questions still linger. Was it a crime of greed—or of passion?

When Declan O’Connor, Earl of Donnelly, arrives at Hadley Green to meet with Lily Boudine, the new countess of Ashwood, he knows instantly that the lovely woman who welcomes him is not who she pretends to be. In an attempt to avoid an unwanted marriage, Keira Hannigan has assumed her cousin’s identity and is staying at the estate while Lily is abroad. When Declan threatens to expose her, Keira convinces him to guard her secret, then enlists him in her investigation of the missing jewels, for she now believes an innocent man was hanged.

Unable to deny the beautiful, exasperating Keira—or their simmering passion—Declan reluctantly agrees. But neither is prepared for the dangerous stranger who threatens to reveal Keira’s lies . . . and Declan knows he must protect Keira at all costs, for she is the woman who now owns his heart.

Julia London is a New York Times and USA TODAY bestselling author of more than forty romantic fiction novels. She is the author of the critically acclaimed Highland Grooms historical series, including Wild Wicked Scot, Sinful Scottish Laird, Hard-Hearted Highlander, Devil in Tartan, Tempting the Laird, and Seduced by a Scot. She is also the author of several contemporary romances, such as the Homecoming Ranch series and the Lake Haven series, including Suddenly Dating, Suddenly in Love, and Suddenly Engaged. Julia is the recipient of the RT Book Reviews Award for Best Historical Romance and a six-time finalist for the prestigious RITA award for excellence in romantic fiction. She lives in Austin, Texas.

Praise For The Year of Living Scandalously…

“London skillfully weaves dangerous intrigue and deliciously sexy romance into the cleverly crafted plot of her latest Regency historical, the first in what promises to be a superbly entertaining new series.”
—Booklist
or
Not Currently Available for Direct Purchase
Copyright © 2020 American Booksellers Association