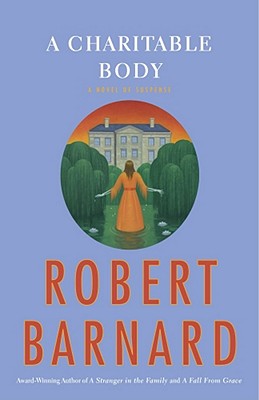 “Inspector Charlie Peace, Barnard's Yorkshire detective, plays a part in this mystery, but it is his wife, Felicity, who takes center stage. As a local novelist and scholar, Felicity is invited to join the board of Walbrook Manor, a stately home recently gifted to the nation. While Felicity digs into the Manor's past, someone else digs up a body and Charlie begins digging into the mysterious death. Barnard's mysteries reflect England's golden age of Agatha Christie whodunits, but his characters are modern, well-rounded, and sympathetic. A wonderful read.”
— Wendy Foster Leigh, The King's English, Salt Lake City, UT
View the List

Praise For A Charitable Body: A Novel of Suspense…

“One of the deftest stylists in the field.”
--The New York Times Book Review

“Apart from the technical mastery, what makes a Barnard mystery a delight to read is the wry insight and asides tossed out by his characters...delicious moments of reflection..make a reader loath to reach the final pages.”
--The Washington Post

“You can count on a Barnard mystery being witty, intelligent, and a joy to read.”
--Publishers Weekly

Robert Barnard (1936-2013) was awarded the Malice Domestic Award for Lifetime Achievement and the Nero Wolfe Award, as well as the Agatha and Macavity awards. An eight-time Edgar nominee, he was a member of Britain's distinguished Detection Club, and, in May 2003, he received the Cartier Diamond Dagger Award for lifetime achievement in mystery writing. His most recent novel, Charitable Body, was published by Scribner in 2012.
Loading...
or
Not Currently Available for Direct Purchase