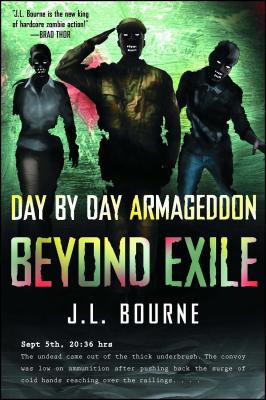 The terrifying sequel to Day by Day Armageddon—for fans of The Walking Dead. "J.L. Bourne is the new king of hardcore zombie action!" (Brad Thor)

Armies of undead have risen up across the US and around the globe; there is no safe haven from the diseased corpses hungering for human flesh. But in the heat of a Texas wasteland, a small band of survivors attempt to counter the millions closing in around them.

Day by day, the handwritten journal entries of one man caught in a worldwide cataclysm capture the desperation—and the will to survive—as he joins forces with a handful of refugees to battle soulless enemies both human and inhuman from inside an abandoned strategic missile facility.

But in the world of the undead, is mere survival enough?