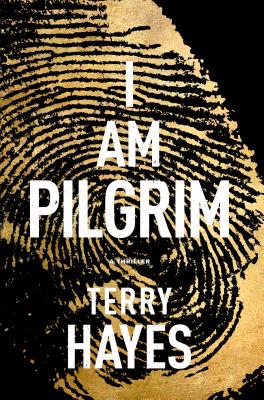 "Rendition yourself into a pulsating thriller that never lets up as it carries the hero and the reader on an ever more desperate race between time and an all too plausible disaster for the world we live in. Great nail-biting stuff!"
— Robert Goddard

“[I Am Pilgrim] is like a Jack Higgins novel by way of John Le Carré with more than a dash of Charles Dickens.”
— BOLO Books

“Gripping from theget-go. . . A thriller of a spy novel."
— The Washington Missourian

“I Am Pilgrim isan all too realistic tale of the dangers the next generation of terrorists cancatastrophically impose. The well-developed characters and the non-stopaction combine to produce a page-turning unpredictable plot.”
— BlackFive.net

“I AM PILGRIM is greater than the hype. It’s the kind of book that rocked me to my core and left me breathless. It took me over a month to finally come up with a review but even after a month’s thought, nothing I say will be good enough. This book is that good...I’m counting on it becoming a huge hit this summer.”
— The Pretty Good Gatsby

“Simply amazing…I Am Pilgrim is a fantastic read and needs to be on everyone’s summer must-read list.”
— That's What She Read

“Hayes is a master storyteller, and I Am Pilgrim is an amazing accomplishment…the perfect summer read…it’s actually greater than the hype…can’t recommend it any more highly.”
— Bookalicious Mama

“This is one of those whirlwind reads that is a sheer joy to dive into.”
— Weekly Gravy

“I Am Pilgrim might have you tempted to draw comparisons to other aces of the thrill, but those comparisons will miss the mark for this thoroughly original read that ranks among my favorites of the year thus far.”
— My Big Honkin' Blog

“I highly recommend I Am Pilgrim to fans of Mystery, thrillers, Spy novels, and action-adventure. The writing is much more highly evolved than your garden variety spy thrillers, with excellent characters and a great ending that blows up on the page.”
— Thugbrarian

“The best book of the year.”
— The Chattanoogan

“I was impressed with the confidence of Hayes' narrative voice and the complexity in his plotting, both of which make the violence and the tradecraft details thoroughly believable (and probably real).“
— Milwaukee Journal Sentinel

·“I Am Pilgrim, by Terry Hayes, is one of the best thrillers I have read in a real long time.”
— New York Daily News

“I've been trying to think of a classier way to answer this question, but the honest answer is that I COULD NOT PUT IT DOWN. After starting it, I read I Am Pilgrim every waking moment between work and sleep until I finished the last page… I felt like I was actually learning something while being entertained, and the tension just kept building until I thought I was going to burst.”
— Unshelved

"Riveting, gruesome, thrilling, suspenseful, raw...I AM PILGRIM is one of the greatest books I have read."
— Book Baristas

“A wicked game of cat and mouse that will keep you twisting and turning. Definitely the best thriller of the year! This is THE book!”
— Star Tribune

The Best Book of 2014: The Huffington Post, Suspense Magazine, PopSugar, The Chattanoogan, Murder By The Book

Pick of the Week: The Boston Globe

“The best way to describe Terry Hayes’ I Am Pilgrim is to say that it is like a Jack Higgins novel by way of John Le Carré with more than a dash of Charles Dickens.”
— Bolo Books

“Spy thriller, mystery and adventure all wrapped up into one page-turner of a novel…like Jason Bourne and Sherlock Holmes combined.”
— Good Book Fairy

“A debut that will surely be considered a thriller classic in the future.”
— Fantasy Book Critic

“This modern-day thriller, with its breakneck pace, intricate plot and well-developed characters, is impossible to put down…Terry Hayes is the new name to watch in thrillers.”
— KSL.com, Online Pick - Best Books of 2014

“Sharp in its pacing, crystalline in its prose, gripping in its suspense... it possesses an extraordinary credibility in its plot.”
— New Mexico Review of Books

“This epic spy thriller begins as an urban murdermystery, but quickly sprawls into a globetrotting manhunt with the highestpossible stakes. You won’t be able to put it down.”
— Best Thrillers

Terry Hayes is the New York Times bestselling author of I Am Pilgrim and the award-winning writer and producer of numerous movies. His credits include Payback, Road Warrior, and Dead Calm (featuring Nicole Kidman). He lives in Switzerland with his wife, Kristen, and their four children.
Loading...
or
Not Currently Available for Direct Purchase