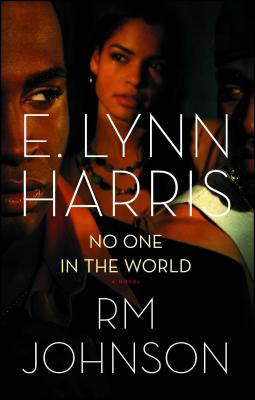 No One in the World (Paperback)

From bestselling authors E. Lynn Harris and RM Johnson, the evocative story of twin brothers—one a straight man, the other gay—who find each other in adulthood and struggle to uncover many questions about themselves and one another, while also becoming entangled in a plot thick with deceit and suspense.

A spirited and tender novel, No One in the World focuses on two seemingly different men—Cobi Winslow, a gay, educated, affluent social climber, and Eric Reed, a straight, career criminal raised in the foster care system—who, separated as young children, reunite upon their parents’ death after thirty years apart.

Their reunion, however, is marred by the crooked plans of Eric’s former cellmate and Cobi’s struggles to raise enough money for his campaign for city council. With corruption, drug deals, and homophobia rearing their ugly heads, the two brothers may face the most difficult test of their relationship. This thought-provoking, honest, and page-turning tale is not to be missed.

E. Lynn Harris, a #1 national and New York Times bestselling author, wrote twelve acclaimed novels including Basketball Jones, Just Too Good to Be True, and I Say a Little Prayer. There are more than four million copies of his novels in print. He died in 2009 at the age of 54. Visit elynnharris.com.

R.M. Johnson is the author of ten books, including bestsellers The Harris Family and The Million Dollar Divorce. He holds an MFA in Creative Writing from Chicago State University. He lives in Atlanta, Georgia.
or support indie stores by buying on
Copyright © 2020 American Booksellers Association