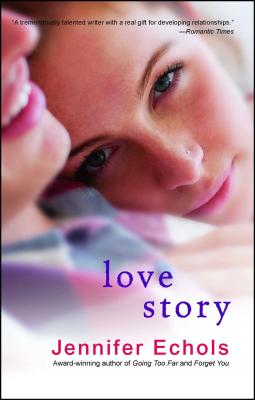 For Erin Blackwell, majoring in creative writing at the New York City college of her dreams is more than a chance to fulfill her ambitions—it’s her ticket away from the tragic memories that shadow her family’s racehorse farm in Kentucky. But when she refuses to major in business and take over the farm herself someday, her grandmother gives Erin’s college tuition and promised inheritance to their maddeningly handsome stable boy, Hunter Allen. Now Erin has to win an internship and work late nights at a local coffee shop to make her own dreams a reality. She should despise Hunter . . . so why does he sneak into her thoughts as the hero of her latest writing assignment?

Then, on the day she’s sharing that assignment with her class, Hunter walks in. He’s joining her class. And after he reads about himself in her story, her private fantasies about him must be painfully clear. She only hopes to persuade him not to reveal her secret to everyone else. But Hunter devises his own creative revenge, writing sexy stories that drive the whole class wild with curiosity and fill Erin’s heart with longing. Now she’s not just imagining what might have been. She’s writing a whole new ending for her romance with Hunter . . . except this story could come true.

Jennifer Echols was born in Atlanta and grew up in a small town on a beautiful lake in Alabama—a setting that has inspired many of her books. Her nine romantic novels for young adults have been published in seven languages and have won the National Readers’ Choice Award, the Aspen Gold Readers’ Choice Award, the Write Touch Readers’ Award, the Beacon, and the Booksellers’ Best Award. Her novel Going Too Far was a finalist in the RITA and was nominated by the American Library Association as a Best Book for Young Adults. She lives in Birmingham with her husband and her son. Visit her at Jennifer-Echols.com.
Loading...
or support indie stores by buying on