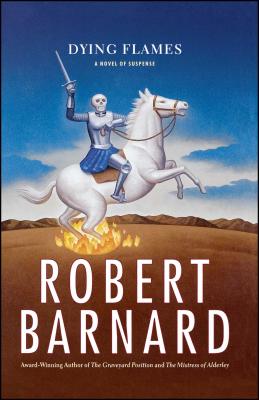 From Robert Barnard, the internationally acclaimed Diamond Dagger-winning crime writer . . . Some memories are better left buried in the past. Well-known author Graham Broadbent has managed to repress one particularly dangerous memory for many years, but a trip home to a school reunion brings back the shocking reality of a desperate youthful passion. It all begins with a knock on Graham's hotel door. His visitor is nineteen-year-old Christa, who read in the newspaper that he would be in town. She introduces herself as his long-lost daughter. His daughter? It's true that many years ago Graham had a fling with Christa's mother, an exquisitely alluring school actress named Peggy Somers. The dates don't work, though. Graham maintains he was out of the country when Christa was conceived. He couldn't be her father. He's almost sorry that he can't claim Christa, a lively young woman who intrigues him in a strange way. And what about Christa's mother, the formidable Peggy, who made such an impression when she portrayed Saint Joan in the school play all those years ago? Why would she have lied to Christa about her paternity? Why name Graham as the girl's father? Separated from his wife, at loose ends in his writing, Graham takes the fateful step of searching out Peggy. It's a big mistake. Peggy's life, which started with such promise, has been a major disappointment. Now it's about to become a disaster. Peggy lies. She fabricates. She fantasizes. She is the kind of person who will destroy Graham if he lets her. As Graham finds himself drawn increasingly into the turmoil surrounding this woman and her children, he must deal with deception and, ultimately, with murder. The sins of the past return to haunt the living, and the lives of those who survive will never be the same. Writing with the piercing insight and wit for which he is renowned, Robert Barnard creates a poignant masterpiece of mystery, as thoughtful as it is entertaining.

Praise For Dying Flames: A Novel of Suspense…

"The latest from Robert Barnard is always a cause for celebration. He is masterful at taking ordinary people living ordinary lives and coming up with an extraordinary story. . . . Vintage Barnard. Need I say more?" -- George Easter, Deadly Pleasures Mystery Magazine