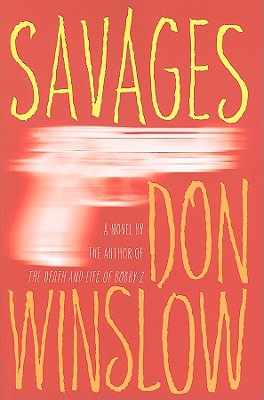 "A spellbinding, tour de force that is utterly impossible to put down. Savages is, bar none, the finest novel I have read in years." —Christopher Reich, author of Numbered Account and Rules of Deception

“Wake up people—Winslow’s the real deal.” —James Ellroy on The Gentlemen's Hour

“Edgar nominee and Shamus winner Winslow…dispenses short chapters that drive his plot breathlessly forward. He also serves up plenty of savage wit….Riddled with bullets and splattered with blood, Savages is not for the squeamish, but it’s a must for Winslow fans.” —Booklist, STARRED REVIEW

Don Winslow is the acclaimed New York Times bestselling author of twenty novels, including The Force, The Cartel, The Kings of Cool, Savages, The Gentlemen’s Hour, The Dawn Patrol, The Winter of Frankie Machine, The Power of the Dog, and The Border. He lives in Southern California. To learn more, follow Don on Twitter @DonWinslow or visit Don-Winslow.com.
Loading...
or
Not Currently Available for Direct Purchase