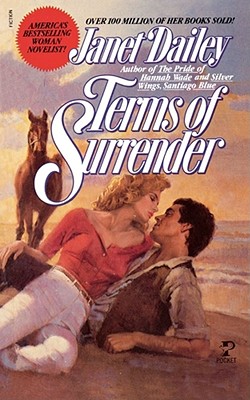 Another magnificent romance from Janet Daily—America’s greatest storyteller and author of the Americana romance series!

Angie Hall is surprised by the smoldering desire that coursed through her when she sees her former husband, Deke Blackwood, again. Seven years under the hot Texas sun had changed the handsome youth into a rugged, powerful man. And Angie is no longer his unsure teenage bride, but a beautiful, proud woman.

Now she has come back to claim the one special joy that has been missing from her life—their daughter. But her hopes are threatened by Deke’s fierce devotion to their child. And even as they battle over the daughter they both adore, a raw and blazing passion flames between them—a passion that promises again the love they once denied!

Janet Dailey (1944–2013) published her first book in 1976. During her lifetime, she wrote more than 100 novels and became one of the top-selling female authors in the world, with 300 million copies of her books sold in nineteen languages in ninety-eight countries. She is known for her strong, decisive characters, her extraordinary ability to recreate a time and a place, and her unerring courage to confront important, controversial issues in her stories. You can learn more about Janet at JanetDailey.com.
Loading...
or support indie stores by buying on