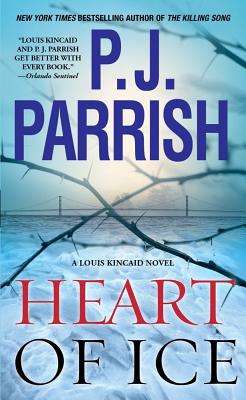 A chilling new suspense novel in the critically acclaimed Louis Kincaid series! First Kincaid discovers he has a daughter he never knew. Then she leads him to fresh evidence in a decades-old murder case that threatens to claim new victims.

Florida PI Louis Kincaid wants to wear a badge again. But before he can, he must return home to Michigan— and some unfinished business. He hopes to bond with ten-year-old Lily, the daughter he only recently learned existed, and reunite with girlfriend Joe Frye. But new clues to an unsolved murder put his plans on ice. A trip with Lily to enchanting Mackinac Island turns grim when the child falls on a pile of old bones; the dangerous discovery reopens the cold case of Julie Chapman, a teenager from one of the wealthy summer families, who vanished two decades ago. And when Louis is forced to cooperate with a tough state investigator who once worked with Joe, tensions skyrocket. Now, what was supposed to be a time of building lasting ties splinters into disturbing fragments, personally and professionally, as Louis pursues a mystery entangled in dark family secrets and twists even he can’t predict.

P. J. Parrish is actually two sisters—Kristy Montee and Kelly Nichols—who pooled their talents and their lifelong love of writing to create the character of Louis Kincaid. Their New York Times and USA TODAY bestselling novels include An Unquiet Grave, A Killing Rain, Island of Bones, Thicker Than Water, Paint It Black, Dead of Winter, and Dark of the Moon. They are also the authors of a standalone thriller, The Killing Song.
Loading...
or
Not Currently Available for Direct Purchase