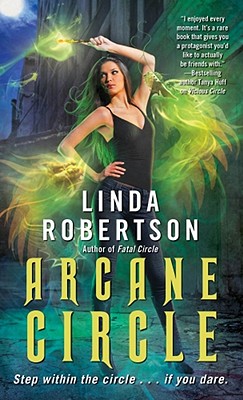 Even magic can’t solve everything. . . .

After facing down the forces of Fairy in mortal combat, Persephone Alcmedi still must deal with the aftermath. Not only does Seph now possess deadly secrets she must hide from the arcane and mundane world alike, but the dozens of magical creatures who’ve taken up residence behind her cornfield need food and shelter, and there’s still her foster daughter Beverly’s tenth birthday party to plan.

And that’s not all. . . . Seph’s boyfriend Johnny has revealed himself as the wærewolf Domn Lup, and the ruler of the wære world is en route from Romania to make sure Johnny really is the “king” he claims to be. But Johnny’s hiding a dangerous secret: his magic is locked in his mysterious tattoos. He and Seph must find a way for him to reclaim it—fast—despite those who have no intention of letting Johnny gain his full powers. Seph knows that, in the arcane world, strength is always a necessity and power must be constantly proven, but how far is she willing to go to succeed . . . and at what cost?

Linda Robertson is the mother of four wonderful boys, owns three electric guitars, and is followed around by a big dog named after Bela Lugosi. Once upon a time she was a lead guitarist in a heavy metal cover band and has worked as a graphic artist. She still composes and creates art, when time permits. Linda currently writes and rocks in northeast Ohio. Visit her at AuthorLindaRobertson.com and @authorLinda.
or
Not Currently Available for Direct Purchase