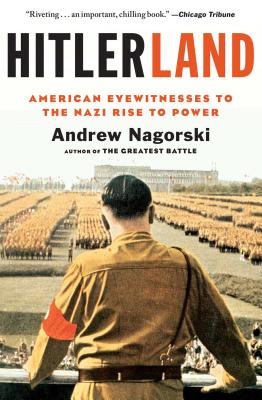 “Hitlerland is a bit of a guilty pleasure. Reading about the Nazis is not supposed to be fun, but Nagorski manages to make it so. Readers new to this story will find it fascinating” (The Washington Post).

Hitler’s rise to power, Germany’s march to the abyss, as seen through the eyes of Americans—diplomats, military officers, journalists, expats, visiting authors, Olympic athletes—who watched horrified and up close. “Engaging if chilling…a broader look at Americans who had a ringside seat to Hitler’s rise” (USA TODAY), Hitlerland offers a gripping narrative full of surprising twists—and a startlingly fresh perspective on this heavily dissected era.