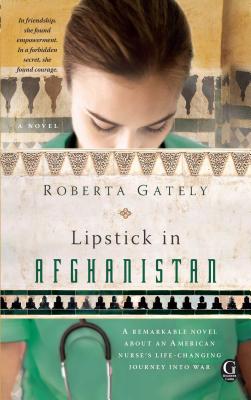 “Elsa was inspired to try to make a difference while still a child. She grew up with the dream of working in far-off lands and making a real contribution. Trained as a nurse, Elsa volunteers to help with an aid group and is sent to Afghanistan. As she grows close to the people, she becomes involved in their struggle against the tyranny of the Taliban. Her good friend, Parween, is determined to resist the oppressors. We need a lot more people like Elsa and Parween!”
— Deon Stonehouse, Sunriver Books, Sunriver, OR
View the List

Roberta Gately’s lyrical and authentic debut novel—inspired by her own experiences as a nurse in third world war zones—is one woman’s moving story of offering help and finding hope in the last place she expected.

Gripped by haunting magazine images of starving refugees, Elsa has dreamed of becoming a nurse since she was a teenager. Of leaving her humble working-class Boston neighborhood to help people whose lives are far more difficult than her own. No one in her family has ever escaped poverty, but Elsa has a secret weapon: a tube of lipstick she found in her older sister’s bureau. Wearing it never fails to raise her spirits and cement her determination. With lipstick on, she can do anything—even travel alone to war-torn Afghanistan in the wake of 9/11.

But violent nights as an ER nurse in South Boston could not prepare Elsa for the devastation she witnesses at the small medical clinic she runs in Bamiyan. As she struggles to prove herself to the Afghan doctors and local villagers, she begins a forbidden romance with her only confidant, a charming Special Forces soldier. Then, a tube of lipstick she finds in the aftermath of a tragic bus bombing leads her to another life-changing friendship. In her neighbor Parween, Elsa finds a kindred spirit, fiery and generous. Together, the two women risk their lives to save friends and family from the worst excesses of the Taliban. But when the war waging around them threatens their own survival, Elsa discovers her only hope is to unveil the warrior within. Roberta Gately’s raw, intimate novel is an unforgettable tribute to the power of friendship and a poignant reminder of the tragic cost of war.

Praise For Lipstick in Afghanistan…

“[Gately is] a supremely gifted writer and eloquent ambassador for the people who have been banished from civilized society…” –Mark Fritz, Pulitzer Prize-winning journalist & author of Lost on Earth: Nomads in the New World

"Gately’s absorbing debut transports readers to the small Afghan village of Bamiyan in the months after 9/11. A volunteer for a French relief organization, Elsa Murphy, a young nurse, has left her tragic life behind in Boston in the hopes of finding a purpose by providing aid and medical care in Afghanistan. Living without running water and on rationed kerosene, the one comfort from home Elsa allows herself is lipstick, which helps her retain her identity behind the veil she wears. Elsa’s work engenders two relationships that will change her life: a friendship with Parween, a young, strong-willed Afghani widow whose hatred of the Taliban is born out of unimaginable loss, and a romance with Mike, a handsome, brave U.S. soldier with flashing blue eyes. Though the Taliban have largely been driven out by the soldiers, Elsa learns they are still very much a presence. In this utterly engrossing read, Gately vividly evokes the beauty and tragedy of Afghanistan, where she, like Elsa, worked as a nurse after 9/11." - Booklist

A nurse, humanitarian aid worker, and writer, Roberta Gately has served in war zones ranging from Africa to Afghanistan. She has written extensively on the subject of refugees for the Journal of Emergency Nursing, as well as a series of articles for the BBC Worlds News Online. She speaks regularly on the plight of the world’s refugees and displaced.
Loading...
or support indie stores by buying on