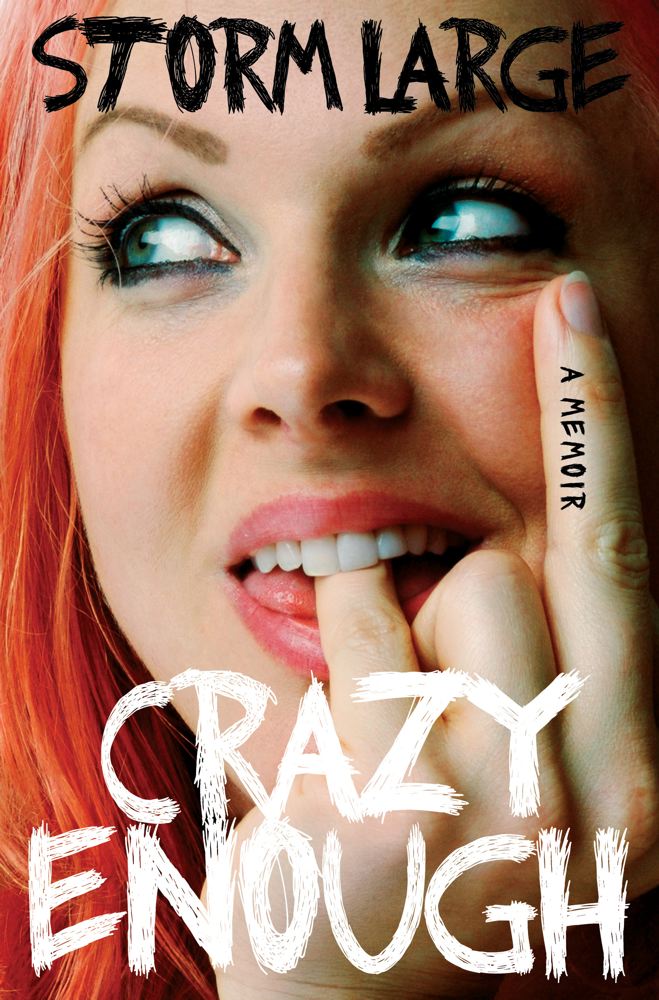 “Storm Large is a force of nature. Her ballsy, heartbreaking, hysterical, tour de force of a memoir is not to be missed.” —Chelsea Cain, New York Times bestselling author

Storm’s story of growing up with a mental time bomb hanging over her veers from frightening to inspiring, sometimes all in one sentence. But her strength, charisma, and raw musical talent gave her the will to overcome it all. Crazy Enough is “a memoir that reads like an in-your-face mashup of Augusten Burroughs and Chelsea Handler” (Shelf Awareness) and a love song to the twisted, flawed parts in all of us.

Storm Large is a singer-songwriter best known as a contestant on the reality television show Rock Star: Supernova. She created and performed an autobiographical musical and acclaimed one-woman show, Crazy Enough, that had an off-Broadway run in 2011. She currently performs with her own band and tours with the Portland-based band Pink Martini around the world. In 2021 she received a standing ovation for her rendition of "I've Got You Under My Skin" on America's Got Talent.
Loading...
or support indie stores by buying on