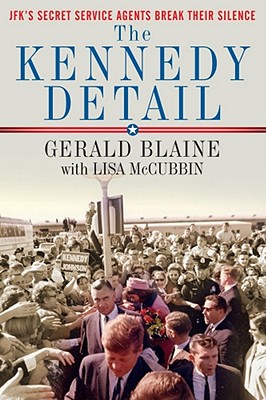 THE SECRET SERVICE. An elite team of men who share a single mission: to protect the president of the United States. On November 22, 1963, these men failed—and a country would never be the same. Now, for the first time, a member of JFK’s Secret Service detail reveals the inside story of the assassination, the weeks and days that led to it and its heartrending aftermath. This extraordinary book is a moving, intimate portrait of dedication, courage, and loss.

A medic burst out of the trauma room, and instinctively Clint Hill took a step toward Mrs. Kennedy. “He’s still breathing,” the man said as he rushed past. Mrs. Kennedy stood up. “Do you mean he may live?” she asked.

Kellerman handed the phone back to Hill and rushed back into the trauma room.

“Shots fired during the motorcade,” Clint said as he kept an eye on Mrs. Kennedy across the hall. “It all happened so fast. We were five minutes away from the Trade Mart. . . . The situation is critical. Jerry, prepare for the worst. . . .”

The operator cut into the line, “Attorney General Robert Kennedy wants to talk to Agent Hill.”

“What’s going on down there?!” Bobby Kennedy demanded.

“Shots fired during the motorcade,” Clint repeated. “The president is very seriously injured. They’re working on him now. Governor Connally was hit too.”

“Well, what do you mean, seriously injured? How serious?”

Clint swallowed hard. It was all he could do to keep it together. “It’s as bad as it can get.”