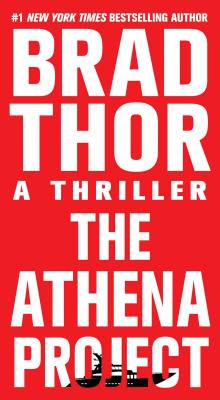 Part of a top-secret, all-female program codenamed The Athena Project, four women are about to undertake one of the nation’s deadliest assignments. When a terrorist attack in Rome kills more than twenty Americans, Athena Team members Gretchen Casey, Julie Ericsson, Megan Rhodes, and Alex Cooper are tasked with hunting down the Venetian arms dealer responsible for providing the explosives. But there is more to the story than anyone knows. In the jungles of South America, a young US intelligence officer has made a grisly discovery. Surrounded by monoliths covered with Runic symbols, one of America’s greatest fears appears to have come true. Simultaneously in Colorado, a foreign spy is close to penetrating the mysterious secret the US government has hidden beneath Denver International Airport. As Casey, Ericsson, Rhodes, and Cooper close in on their target, they will soon learn that another attack—one of unimaginable proportions—has already been set in motion, and the greatest threat they face may be the secrets kept by their own government.

Praise For The Athena Project: A Thriller…

“Thor nails it. A thriller both men and women will love.” --James Rollins, New York Times bestselling author of The Doomsday Key

"Think 007 in stilettos and you've got the women of The Athena Project. The thriller genre just got shaken and stirred." - Sandra Brown, #1 New York Times bestselling author of Tough Customer

Brad Thor is the #1 New York Times bestselling author of twenty thrillers, including Near Dark, Backlash (one of Suspense Magazine’s Best Books of the Year), Spymaster (declared by The Washington Times as “one of the all-time best thriller novels”), The Last Patriot (nominated best thriller of the year by the International Thriller Writers Association), Blowback (one of the “Top 100 Killer Thrillers of All Time” by NPR), and The Lions of Lucerne. Visit his website at BradThor.com to learn more.
Loading...
or
Not Currently Available for Direct Purchase