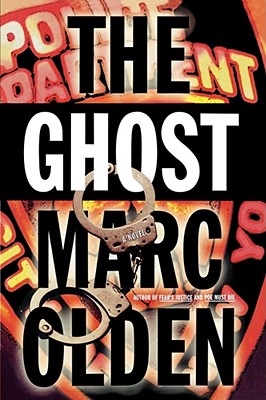 The Ghost -- the code name for the secret member of an undercover cop's backup team. It is the Ghost's job to remain hidden, blending into the scenery, maintaining close observation of his assignment's surroundings. In short, he's supposed to keep the undercover cop alive. The Ghost's relationship with his undercover cop is unrivaled in its intensity.
But every relationship has unpredictable turns, and in Marc Olden's The Ghost, undercover cop Rosalind Ross Magellan's relationship with her Ghost is no different. Magellan, impulsive, seductive, and an expert at the art of deceit and manipulation, is addicted to the rush of leading a double life; she has posed as a prostitute and a junkie to uncover dealers and sleazy players associated with New York City's underground night culture. Roaming desolate streets, abandoned buildings, and after-hours clubs without a police radio, badge, or vest, and often without a gun, her character reveals the true underbelly of New York City.
In the tradition of Ed McBain and Elmore Leonard, Marc Olden's fastidious attention to nuance and the inner workings of the police reveals the work of a master crime writer. Mined with murder, blackmail, drugs, and betrayal, The Ghost is a story that will stay with readers forever.

Marc Olden, the bestselling author of Fear's Justice and Poe Must Die, is one of today's most highly regarded crime writers. He lives in New York Cit
or support indie stores by buying on