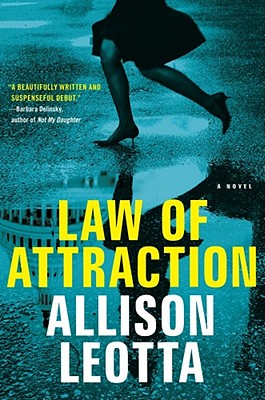 As a newly minted Assistant U.S. Attorney in Washington, D.C., Anna Curtis has already developed thick skin to deal with the brutality she encounters with her daily stack of domestic violence cases. Yet when Laprea Johnson walks into Anna’s life—battered by her boyfriend on the morning after Valentine’s Day—there’s something about this particular case that Anna can’t quite shake, something that reminds the prosecutor of her own troubled past.

At the trial, Laprea makes a last-minute reversal, lying on the witness stand to free her boy-friend. Shortly after he is freed, Anna is horrified to hear that Laprea’s body has been found in a trash heap. Hastily assigned to prosecute the murder case alongside intimidating chief homicide prosecutor Jack Bailey, Anna’s heart sinks when she learns that her own boyfriend, public defender Nick Wagner, is representing the accused.

Torn between bringing the killer to justice and saving her personal life, Anna makes a series of choices that jeopardizes her career, her relationships, and her very life as she uncovers the shocking truth behind the murder.

Weaving expert knowledge with deft storytelling, federal sex-crimes prosecutor and Harvard Law School graduate Allison Leotta takes readers on a thrilling ride through D.C.’s criminal justice system. From the back rooms of the U.S. Attorney’s Office and the flirtations and machinations of Washington’s Ivy League lawyers to the struggles of its poorest citizens on the gritty streets of Anacostia, Law of Attraction is a gripping debut from an exciting new talent.

"With this riveting debut legal thriller, Leotta, a federal sex crimes prosecutor in Washington, DC, joins the big leagues with pros like Lisa Scottoline and Linda Fairstein. A vulnerable, tenacious heroine, surprising twists and turns, and equal parts romance and danger are a recipe for success. Readers will feverishly hope for a second book." —Library Journal (starred review)

“Law of Attraction is a beautifully written and suspenseful debut, offering not only an inside look at crime and the courts in DC, but an exploration of the family dynamics that affect so much of who we are and what we do. A fabulous book!” —Barbara Delinsky, author of Not My Daughter

"I loved this novel. Law of Attraction is realistic, gritty, and filled with twists and turns. Allison Leotta’s female lawyer character is compelling and engaging. This is a great read for anyone who loves legal thrillers, cares about domestic violence, or wonders how lawyers can live with themselves.” —Alan Dershowitz, author of The Trials of Zion

"The balance between romance and suspense can be difficult to sustain in a mystery. In this debut novel, Leotta smoothly blends both into an engaging legal thriller that's far better than anything I've read from Grisham or the like." —Carole Barrowman, The Minneapolis Star Tribune

"With her exceptional debut novel, Allison Leotta has written a thrilling and intriguing legal mystery with just the right hint of romance. I stayed up late in to the night to see how it would end. Leotta, who is a federal prosecutor, captures much of the complexity and ambiguity inherent in the legal process while completely engaging the reader." —Maria Munoz, Fresh Fiction

"One of the most notable new faces to debut in 2010 is Allison Leotta. By day, she’s a federal prosecutor specializing in sex crimes and domestic violence. By night, she turns her experiences into visceral prose. Her debut, Law of Attraction, is a riveting page turner about an up-and-coming prosecutor who gets entangled in a brutal murder case." —Nevin Martell, Washington City Paper

"This is a major debut, and Leotta is a female John Grisham." —Jon Land, The Providence Journal

"This stunning novel is Allison Leotta's debut, and I must admit to being mightily impressed. I don't think anyone else could have written this story so well. Her obvious knowledge and years of experience show on every page . . . I highly recommend that all of you legal thriller fans get a copy of Law of Attraction as soon as possible. I promise you won't be disappointed." —Lori Ann, Romance Reviews Today

"Leotta’s expertise as a federal prosecutor permeates every page of Law of Attraction. The book is compelling on multiple levels. First, it is a fast-paced legal thriller. Secondly, and more importantly, it is a glimpse inside the world of the troubled psyche of domestic violence victims. This is both an entertaining novel and one with psychological teeth. Don’t pick it up if you have anywhere to go any time soon." —Mary Hanlon Stone, New York Journal of Books