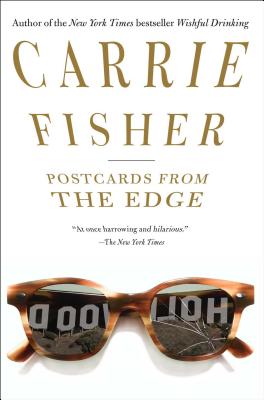 Postcards from the Edge

This bestselling Hollywood novel by the witty author of Wishful Drinking and Shockaholic that was made into a movie starring Meryl Streep and Shirley MacLaine.

When we first meet the extraordinary young actress Suzanne Vale, she’s feeling like “something on the bottom of someone’s shoe, and not even someone interesting.” Suzanne is in the harrowing and hilarious throes of drug rehabilitation, trying to understand what happened to her life and how she managed to land in a “drug hospital.”

Just as Fisher’s first film role—the precocious teenager in Shampoo—echoed her own Beverly Hills upbringing, her first book is set within the world she knows better than anyone else: Hollywood. This stunning literary debut chronicles Suzanne’s vivid, excruciatingly funny experiences inside the clinic and as she comes to terms with life in the outside world. Postcards from the Edge is more than a book about stardom and drugs. It is a revealing look at the dangers—and delights—of all our addictions, from money and success to sex and insecurity.

Carrie Fisher (1956–2016) became a cultural icon as Princess Leia in the first Star Wars trilogy. She starred in countless films, including Shampoo and When Harry Met Sally. She is the author of Shockaholic; Wishful Drinking (which became a hit Broadway production); and four bestselling novels, Surrender the Pink, Delusions of Grandma, The Best Awful, and Postcards from the Edge.