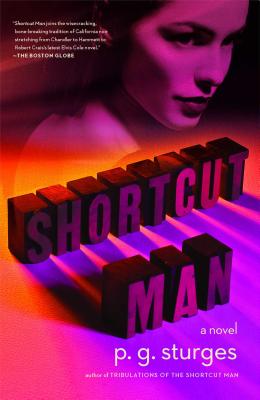 p.g. sturges was born in 1953 in Hollywood, California. Punctuated by fitful interludes of school, he has subsequently occupied himself as a submarine sailor, a dimensional metrologist, a Christmas tree farmer, an optical metrologist, a musician, a songwriter, an author, a playwright, and a screenwriter.

"I was hooked on his quirky characters and original plot turns. By the spectacularly unexpected conclusion, I was floored. Now I can hardly wait for the second installment. . . Mr. Sturges' writing is flip and hip, influenced by a line of predecessors from Raymond Chandler to Elmore Leonard, but the unconventional writer adds a sassy cynicism of his own."--Pittsburgh Post-Gazette