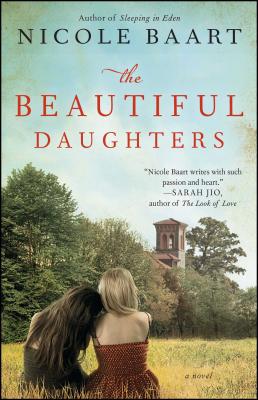 From the highly acclaimed author of Far From Here and Sleeping in Eden, described as “intense and absorbing from the very first page” (Heather Gudenkauf), comes a gripping new novel about two former best friends and the secrets they can’t escape.

Adrienne Vogt and Harper Penny were closer than sisters, until the day a tragedy blew their seemingly idyllic world apart. Afraid that they got away with murder and unable to accept who they had lost—and what they had done—Harper and Adri exiled themselves from small-town Blackhawk, Iowa, and from each other. Adriran thousands of miles away to Africa while Harper ventured down a more destructive path closer to home.

Now, five years later, both are convinced that nothing could ever coax them out of the worlds in which they’ve been living. But unexpected news from home soon pulls Adri and Harper back together, and the two cannot avoid facing their memories and guilt head-on. As they are pulled back into the tangle of their fractured relationships and the mystery of Piperhall, the sprawling estate where their lives first began to unravel, secrets and lies behind the tragic accident are laid bare. The former best friends are forced to come to terms with their shared past and search for the beauty in each other while mending the brokenness in themselves.

Nicole Baart’s lush and lyrical writing has been called “sparkling” (Publishers Weekly), “taut and engrossing” (Booklist), and “evocative and beautiful” (Romantic Times). The Beautiful Daughters is another exquisitely rendered, haunting story that will stay with readers long after the last page.

Praise For The Beautiful Daughters: A Novel…

Praise for The Beautiful Daughters:

“Oh, the dark secrets that can be hidden in the openness of the Iowa landscape. Nicole Baart has given us such fully drawn characters and compelling relationships that only the hardest of hearts wouldn't be won over by The Beautiful Daughters.”
— William Kent Krueger, New York Times bestselling author of Ordinary Grace and Windigo Island

“Compelling and exquisite.... Baart has crafted an unforgettable novel filled with characters and places so rich, they spill from the pages in beautiful, slow motion passages that you’ll savor again and again. The Beautiful Daughters is one of those special novels that will stay with you long after you’ve turned the last page.”
— Roberta Gately, author of Lipstick in Afghanistan and The Bracelet

“The Beautiful Daughters is a captivating story that showcases Nicole Baart’s strong suits. Her sense of place and characters, her understanding of relationship dynamics, and her ability to craft a compelling plot filled with emotional highs and lows all make for an engrossing, fast-paced novel that will thrill fans of women’s fiction.”
— Kellie Coates Gilbert, author of Where Rivers Part

"An ambitious, complex novel, The Beautiful Daughters weaves an intricate web with one driving mystery trapped at its heart and several other secrets waiting to be unraveled. A gorgeous, dark, and winding read!”
— Andrea Lochen, author of The Repeat Year and Imaginary Things

"A meditation on friendship, betrayal and redemption, The Beautiful Daughters is the kind of story that grabs hold and doesn't let go until the final, moving page. Baart spins together multiple storylines with masterful skill, and her richly realized characters stay with you long after you've finished reading."
— Elizabeth Blackwell, author of While Beauty Slept

Praise for Sleeping in Eden:

"Baart expertly unravels the backstory of her intriguing characters, capturing the nuances of both life-tested relationships and the intense passion of first love. Ripe with complex emotion and vivid prose, this story sticks around long after the last page is turned."
— Publisher's Weekly

"Baart’s eloquent prose draws the reader into the tragic tale. At times a love story, other times a mystery, this is overall a very purposeful piece of fiction."
— RT Book Reviews

“[Nicole Baart] weaves together a taut story of unspoken secrets and the raw, complex passions of innocence lost.”
— Midwest Connections Pick, May 2013

“Sleeping in Eden mesmerized me from the first heart-stopping page. Nicole Baart draws her characters beautifully while crafting a plot that kept me up all night. A highly emotional and gripping read.”
— Anita Hughes, author of Monarch Beach

"Nicole Baart writes like a dream, and she gives us a story that is part murder mystery, part sensitive exploration of our human connections: the ties between parent and child, husband and wife; the tug of the past; and the blurry, often baffling border between friendship and love."
— Marisa de los Santos, New York Times bestselling author of Belong to Me and Love Walked In

"Sleeping in Eden is intense and absorbing from the very first page. Written in lovely prose, two seemingly different storylines collide in a shocking conclusion."
— Heather Gudenkauf, New York Times bestselling author of The Weight of Silence and One Breath Away

"Baart's beautifully layered story of one man's journey to repair his wounded marriage, and the unsolved crime that may be the key to its healing, takes readers on a gripping ride. At turns chillingly suspenseful and achingly tender, Sleeping in Eden is exactly the sort of novel every reader hopes to find when they crack the spine of a new book. Baart's characters are richly drawn and utterly compelling; I was hooked from page one."
— Erika Marks, author of The Mermaid Collector and Little Gale Gumbo

“Nicole Baart has written a novel that satisfies on every level. Sleeping in Eden is a compelling mystery, a tragic love story, a perceptive consideration of the callous whim of circumstance and, perhaps most important, a beautiful piece of prose. I guarantee this is a book that will haunt you long after you’ve turned the last page.”
— William Kent Krueger, New York Times bestselling author

“Sleeping in Eden is bittersweet and moving, and it will haunt you from page one. Nicole Baart writes with such passion and heart.”
— Sarah Jio, New York Times bestselling author of Blackberry Winter and The Violets of March

“Emotionally gripping and perfectly paced, Sleeping in Eden’s taut storyline and profound characterizations will keep you turning the page until the richly satisfying end.”
— Amy Hatvany, author of Outside the Lines and Heart Like Mine

“Sleeping in Eden is a bittersweet and masterful story of love and longing and redemption. Nicole Baart has crafted an irresistible mystery, a page-turner of a novel with prose so rich, and characters so beautifully drawn, you’ll be absorbed from the very first sentence. I’m telling everyone I know to put it on their to-be-read list—you will not be disappointed!”
— Roberta Gately, author of Lipstick in Afghanistan and The Bracelet

“With lyrical prose and a narrative that kept me turning pages at a breakneck speed, Sleeping in Eden delivered everything I yearn for in a novel: evocative plot lines, well-drawn characters, and a heart-stopping conclusion.”
— Tracey Garvis Graves, author of the bestselling novel On the Island

Praise for Far From Here:

“Nicole Baart is a writer of immense strength. Her lush, beautiful prose, her finely drawn characters, and especially her quirky women, all made Far From Here a book I couldn’t put down.”
— Sandra Dallas, New York Times bestselling author of Prayers for Sale and The Bride's House

“This gorgeously composed novel is a candid and uncompromising meditation on the marriage of a young pilot and his flight-fearing wife, their personal failings, and finding the grace to move beyond unthinkable tragedy. . . . Pulsing with passion and saturated with lush language, Baart's [Far From Here] will leave an indelible mark.”
— Publishers Weekly, starred review

Nicole Baart is the mother of five children from four different countries. The cofounder of a nonprofit organization, One Body One Hope, she lives in a small town in Iowa. She is the author of nine previous novels, including You Were Always Mine, Little Broken Things, and The Beautiful Daughters. Learn more at NicoleBaart.com.
Loading...
or
Not Currently Available for Direct Purchase