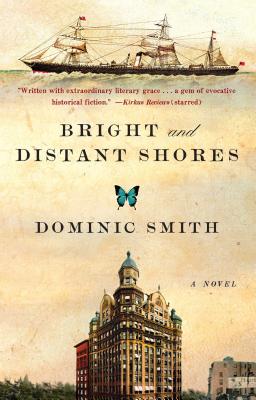 From the New York Times bestselling author of The Last Painting of Sara de Vos comes a sweeping historical novel set amid the skyscrapers of 1890s Chicago and the far-flung islands of the South Pacific.

In the waning years of the nineteenth century there was a hunger for tribal artifacts, spawning collecting voyages from museums and collectors around the globe. In 1897, one such collector, a Chicago insurance magnate, sponsors an expedition into the South Seas to commemorate the completion of his company's new skyscraper—the world's tallest building. The ship is to bring back an array of Melanesian weaponry and handicrafts, but also several natives related by blood.

Caught up in this scheme are two orphans—Owen Graves, an itinerant trader from Chicago's South Side who has recently proposed to the girl he must leave behind, and Argus Niu, a mission houseboy in the New Hebrides who longs to be reunited with his sister. At the cusp of the twentieth century, the expedition forces a collision course between the tribal and the civilized, between two young men plagued by their respective and haunting pasts.

An epic and ambitious story that brings to mind E.L. Doctorow, with echoes of Melville and Robert Louis Stevenson, Bright and Distant Shores is a wondrous achievement by a writer known for creating compelling fiction from the fabric of history.

Praise For Bright and Distant Shores: A Novel…

“Smith’s novel is an atmospheric, meticulously observed period drama from a footsure and stylish writer with a fine sense of narrative pace.” —The Age (Australia)

“Smith's impressive third novel is an absorbing exploration of culture, tradition, and renewal through the high seas adventure of three very different men... Smith expertly combines well-drawn characters with a complex narrative that moves smoothly to the dawn of a new century.” —Publisher's Weekly (starred review)

“Smith’s buoyant writing carries the novel through the pitches and swells of the entertaining plot, and his virtuosity with language makes for pitch-perfect description of all he surveys.” —Booklist

“This excellent read will appeal to those who enjoy literary historical fiction with a touch of exotic adventure." —Library Journal

Dominic Smith grew up in Sydney, Australia and now lives in Austin, Texas. He holds an MFA in writing from the Michener Center for Writers at the University of Texas at Austin. His short fiction has been nominated for a Pushcart Prize and appeared in numerous journals and magazines, including The Atlantic Monthly.

Dominic serves on the fiction faculty in the Warren Wilson MFA Program for Writers and has taught recently at the University of Texas at Austin and Southern Methodist University. Find out more at www.dominicsmith.net.