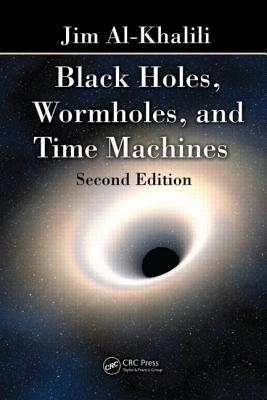 Bringing the material up to date, Black Holes, Wormholes and Time Machines, Second Edition captures the new ideas and discoveries made in physics since the publication of the best-selling first edition. While retaining the popular format and style of its predecessor, this edition explores the latest developments in high-energy astroparticle physics and Big Bang cosmology.

The book continues to make the ideas and theories of modern physics easily understood by anyone, from researchers to students to general science enthusiasts. Taking you on a journey through space and time, author Jim Al-Khalili covers some of the most fascinating topics in physics today, including:

Professor Al-Khalili explains often complex scientific concepts in simple, nontechnical terms and imparts an appreciation of the cosmos, helping you see how time traveling may not be so far-fetched after all.

Jim Al-Khalili is a professor of physics at the University of Surrey. While still an active researcher in theoretical physics, Dr. Al-Khalili has become a well-known science communicator in the UK, with regular appearances on television and radio science documentaries. He was awarded the Royal Society Michael Faraday Prize for science communication in 2007 and the Institute of Physics Kelvin Medal in 2011. He became an Officer of the Order of the British Empire (OBE) for services to science in 2008.
Loading...
or support indie stores by buying on