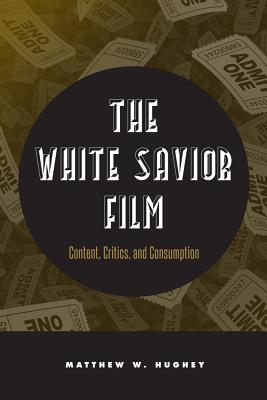 The cinematic trope of the white savior film-think of Sandra Bullock in The Blind Side, Kevin Costner in Dances with Wolves, or Tom Cruise in The Last Samurai--features messianic characters in unfamiliar or hostile settings discovering something about themselves and their culture in the process of saving members of other races from terrible fates.

In The White Savior Film, Matthew Hughey provides a cogent, multipronged analysis of this subgenre of films to investigate the underpinnings of the Hollywood-constructed images of idealized (and often idealistic) white Americans.

Hughey considers the production, distribution, and consumption of white savior films to show how the dominant messages of sacrifice, suffering, and redemption are perceived by both critics and audiences. Examining the content of fifty films, nearly 3,000 reviews, and interviews with viewer focus groups, he accounts for the popularity of this subgenre and its portrayal of "racial progress."

The White Savior Film shows how we as a society create and understand these films and how they reflect the political and cultural contexts of their time.

Matthew W. Hughey is an Associate Professor of Sociology at the University of Connecticut. He is the author or co-author of seven books, including White Bound: Nationalists, Antiracists, and the Shared Meanings of Race.