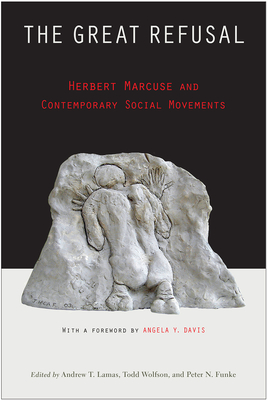 Herbert Marcuse examined the subjective and material conditions of radical social change and developed the "Great Refusal," a radical concept of "the protest against that which is." The editors and contributors to the exciting new volume The Great Refusal provide an analysis of contemporary social movements around the world with particular reference to Marcuse's revolutionary concept. The book also engages-and puts Marcuse in critical dialogue with-major theorists including Slavoj Žižek and Michel Foucault, among others.

The chapters in this book analyze different elements and locations of the contemporary wave of struggle, drawing on the work and vision of Marcuse in order to reveal, with a historical perspective, the present moment of resistance. Essays seek to understand recent uprisings-such as the Zapatistas in Mexico, the Arab Spring, and the Occupy movement-in the context of Marcuse's powerful conceptual apparatus.

“This is certainly the time for a Marcuse revival!”—Fredric Jameson, Knut Schmidt-Nielsen Professor of Comparative Literature, Duke University


“One of the great 20th century critical theorists of domination and liberation, Herbert Marcuse has an enormous amount to say to our time. The Great Refusal makes this abundantly clear. The contributors draw Marcuse’s imaginative reworking of Hegel, Marx, Freud, and Weber into illuminating conversations with a diverse range of contemporary theorists and political movements. . .from those of the Zapatistas and Chinese factory workers to the Arab Spring and Occupy. This book is a treasure trove for scholars and activists alike.”—Wendy Brown, University of California, Berkeley

Andrew T. Lamas teaches urban studies and critical theory at the University of Pennsylvania and is on the board of the International Herbert Marcuse Society.
Todd Wolfson is Associate Professor of Media Studies at Rutgers University, author of Digital Rebellion: The Birth of the Cyber Left, and cofounder of the Media Mobilizing Project.
Peter N. Funke is Associate Professor of Politics at the University of South Florida.