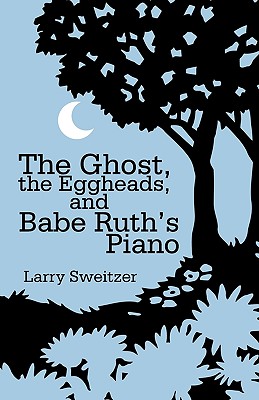 The Ghost, the Eggheads, and Babe Ruth's Piano

It's the summer of 2004 and Freddie Holtzman can't wait to get to Camp Mason, a summer camp for eggheads or rather, gifted teens. He hopes to reconnect with Ginny Haig, a girl he met at camp last year. Freddie's old friends, Logan and Monty, are there along with some new faces. He tries to win Ginny's affection, but every time he tries to talk to her, he says-and does-nerdy things.

At Camp Mason, a science fair pits the eggheads against one another for the top prize of a five thousand dollar scholarship. But, when the projects go missing, friendships are put to the test, relationships get put on hold, and everyone's a suspect. To make matters worse, the camp is haunted by young Billy Mason who died there decades ago. The boys are determined to solve the mystery of the ghost and the missing science projects.

Freddie's quest to win the scholarship-and the girl of his dreams-are constantly in jeopardy. There are complications at every turn: the ghost, a creepy caretaker, Freddie's high school nemesis, a cantankerous camp manager, and a saboteur all threaten his chance to win the prize and Ginny's heart.

Larry Sweitzer was born and raised in western Maryland and now lives in Virginia with his wife and two daughters. This is his debut novel.
Loading...
or support indie stores by buying on