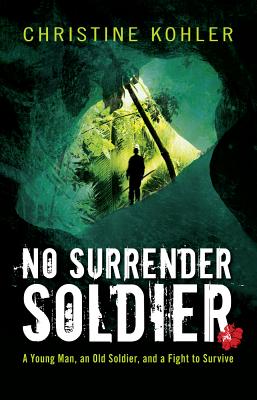 Growing up on Guam in 1972, fifteen-year-old Kiko is beset by worries: He's never kissed a girl, the popular guys get all the attention at school--but the worst part is the serious problems at home. His older brother is missing in Vietnam, his grandfather is losing it to dementia, and he just learned that his mother was raped by a Japanese soldier during World War II. It all comes together when he discovers an old man, a Japanese soldier, hiding in the jungle behind his house. It's not the same man who raped his mother, but, in his rage, Kiko cares only about protecting his family and avenging his mom--no matter what it takes. And so, a shy, peaceable boy begins to plan a murder. But how far will Kiko go to prove to himself that he's a man? Based on a true incident in history, No Surrender Soldier is the story of a boy grappling with ancient questions of courage and manhood before he can move on.

Praise For No Surrender Soldier…

"The story gracefully weaves parallels between Kiko and Seto, giving it depth and complexity. An unusual, resonant debut." --Kirkus Reviews

"An interesting account of history that paints a picture of life both on and off the battlefield.... This debut transports readers to an exotic place in a troubled time and reveals that being a teenager in Guam is not so different from being a teen elsewhere in the world." --Booklist

A prolific writer, teacher, and journalist, Christine Kohler has lived all over the world with her Air Force husband, including island nations like the setting for No Surrender Soldier, her first young adult novel. Her children's and young people's books about topics that range from religion to music are widely read. She and her family now call Texas home.
Loading...
or
Not Currently Available for Direct Purchase