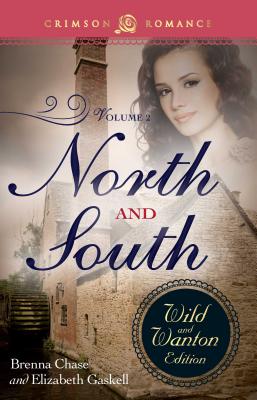 The Wild And Wanton Edition Volume 2

Margaret Hale’s life changes dramatically when her father quits his living as a parson in the idyllic New Forest in the South of England and moves the family to the northern industrial town of Milton, intending to become a private tutor. There, she is appalled at the poverty surrounding her and at first finds the local mill workers too rough, but soon she can’t help sympathizing with their plight.

John Thornton is a magistrate and owner of a prosperous cotton mill. Forced to become the head of the household at a young age and driven to keep his family from becoming impoverished again, he’s had no time for love. He certainly has no time for a lady who looks down on both him and the industry in which he earns his livelihood. Their beliefs lead them to inevitably clash, but their arguments over his treatment of his workers mask a deep attraction neither wants, and eventually, one that neither can deny.

Although it is labeled as a social novel, North and South simmers with sexual tension. Through the backdrop of a labor strike and a riot, through a possible murder and its fallout, through the deaths of loved ones, and the rise and fall of fortunes, the romance between John Thornton and Margaret Hale still entrances readers as it did when first published in 1855. In this updated version, read the steamy scenes that Ms. Gaskell, a minister’s wife, could not include in the original work, from John and Margaret’s first desperate, yet tender, lovemaking to their sizzling reunion in London.