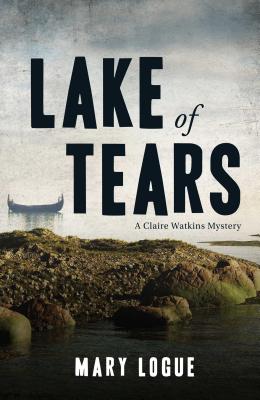 Deputy Sheriff Claire Watkins has had an easy summer in Fort St. Antoine, Wisconsin; the only problem is that her daughter Meg is leaving for college soon. When Claire walks down to the park to watch the Burning Boat--a large replica of a Norwegian longboat set on the shores of Lake Pepin, burned at the autumnal equinox--she has no idea that more than just a wooden structure is going up in flames.

The next day, the bones of a young woman are found in the ashes. When Claire learns that the new deputy she has hired, a vet returning from Afghanistan, was the young woman's former boyfriend, and that he is now dating her daughter Meg, she is desperate to find out who is responsible for the death.

In order to get to the heart of this mystery, Claire must understand what happened in an attack in the mountains of Afghanistan, which left one man wounded, one man killed, and one man disturbed. Could one of those two remaining men be the killer?

Praise For Lake of Tears: A Claire Watkins Mystery…

"The latest from Logue is a tense psychological mystery, compulsively readable, that...offers up some surprising twists." --Kirkus Reviews

"Logue effectively deepens her well-plotted, small-town mystery with a sensitive look at the issues faced by returning veterans." --Booklist

"This novel is packed with strong human emotions.... Her writing is clear and she moves quickly and incisively though the procedural, but not without compassion and deep appreciation of life-changing experiences." --Bookpleasures

"Logue is a smart, seasoned writer and...her ninth book...is one of the most absorbing in the series." --Star Tribune

Award-winning writer Mary Logue was born and raised in Minnesota. She has published twelve adult mystery novels (including the Claire Watkins mystery series), four books of poetry, several nonfiction books, and many children's books. Her books have won a Minnesota Book Award, a Wisconsin Outstanding Achievement award, the Charlotte Zolotow honor award, a Caldecott Honor, and been nominated for an Edgar Award. Her latest novel, Giving up the Ghost, is being serialized summer 2013 in the Star Tribune. She has written articles for the New York Times, Village Voice, Star Tribune, and St. Paul Pioneer Press. She lives with writer Pete Hautman in Golden Valley, Minnesota, and Stockholm, Wisconsin.
Loading...
or
Not Currently Available for Direct Purchase