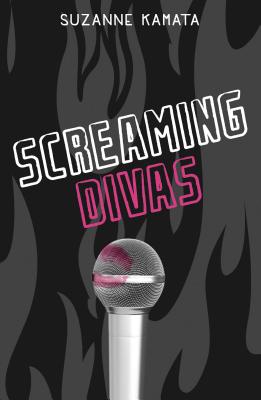 As seen on MTV.com

At sixteen, Trudy Baxter is tired of her debutante mom, her deadbeat dad, and her standing reservation at the juvenile detention center. Changing her name to Trudy Sin, she cranks up her major chops as a singer and starts a band, gathering around other girls ill at ease in their own lives. Cassie Haywood, would-have-been beauty queen, was scarred in an accident in which her alcoholic mom was killed. But she can still sing and play her guitar, even though she seeks way too much relief from the pain in her body and her heart through drugs, and way too much relief from loneliness through casual sex. Still, it's Cassie who hears former child prodigy Harumi Yokoyama playing in a punk band at a party, and enlists her, outraging Harumi's overbearing first-generation Japanese parents. The fourth member is Esther Shealy, who joins as a drummer in order to be close to Cassie--the long-time object of her unrequited love--and Harumi, her estranged childhood friend. Together, they are Screaming Divas, and they're quickly swept up as a local sensation. Then, just as they are about to achieve their rock-girl dreams, a tragedy strikes.

"Author Suzanne Kamata's voice rings true from her own experiences...the coming-of-age story that is told is universal." - Boxx Magazine

"Another book in which girls are in the band and not with it, this is a novel for the Riot Grrrl in all of us." --MTV.com

Suzanne Kamata is an author and educator.
Loading...
or
Not Currently Available for Direct Purchase