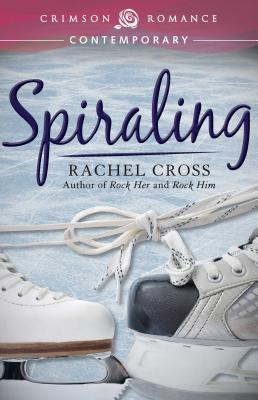 Blue-blooded Amelia “Amy” Astor was a champion, America's sweetheart, and on track to give the US Olympic medal glory before she gave it all up to join skating's equivalent of the circus. Now she's a professional princess, the lead in Enchanted Ice. But in an industry that values young, cheap, and healthy, her age, salary, and injuries are a liability.

So when she's offered a job teaching Hollywood heartthrob Shane Marx to skate for a role in a hockey film, she leaps at the opportunity. Maybe with the right kind of exposure, she can survive one more season and put off decisions about her future a little longer. If she invites the wrong kind of exposure . . . well, there's that pesky morals clause waiting in the wings.

Shane Marx traded his boy band dance moves in TruAchord for acting lessons years ago. His blonde, blue-eyed gorgeousness makes him the most sought after romantic comedy lead in the movie industry. But lately his clean-cut image has been tarnished by one sex scandal after another.

When America's ice princess meets Hollywood's hottest leading man, what could go wrong? Inside that sequined costume is a woman of steely determination who has conquered many of her demons. And beneath his sinfully attractive exterior, Shane Marx is a man still battling his.