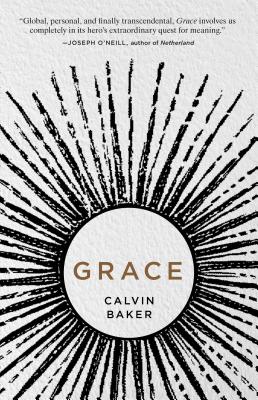 Harper Roland has abandoned his job as a war correspondent, and returned home a weary, jaded 37-year-old. Uncertain of the future but determined to move forward with his life, he begins a search for enduring love--hoping he will also regain the ability to see the beauty of the world.

Along the way, he meets an intellectually gifted but emotionally absent doctor, a beautiful Parisian artist who burns too hot to the touch, and a human rights lawyer who has left New York in search of a more centered life.

The novel's sweeping tale encompasses four continents--where prior assumptions are constantly tested, and men who cling too passionately to certainty unleash destruction--and ultimately leads Harper back to the chaos he was trying to escape. The result is a startlingly fresh view of the contemporary world, in which place and history are mere starting points for the deeper journey into the geography of the human heart.

"The plot moves along nicely and with strong direction as we follow Roland through relationships with various existentially driven women.... The story is engaging.... The meditation in Baker's novel is compelling, and it begs us to look closer, to inspire important conversations and richer dialogue, to make better connections with people and to hold those connections up for observation." --Bookslut

Praise for the work of Calvin Baker

"Calvin Baker works in a rarefied strain of literature whose practitioners include Faulkner and Morrison, Calvino and Cormack McCarthy: allegorists whose stories are tinged by parable and psalm even as their sensibility remains keenly attuned to the avant garde." --Dale Peck, author of Visions and Revisions and The Garden of Lost and Found

"In his long-waited and brilliant new novel, Grace, Calvin Baker offers us a soul-enlarging tale that blends exquisite language and profound insight in a way that only Baker could have written." --Jeffery Renard Allen, author of Song of the Shank

"Its veiled literary references--to J.M. Coetzee's 'Disgrace,' Homer's 'wine-dark sea' and Jonathan Swift's Lemuel Gulliver...hint strongly at the flavor and scale of Baker's ambition.... Grace...take[s] you places you wouldn't expect to go, by the most serendipitous path imaginable." --The Chicago Tribune

Calvin Baker is the author of the brilliantly acclaimed novels Naming the New World, Once Two Heroes, and Dominion, which was a finalist for the Hurston/Wright Award, a New York magazine Critics' Pick, and New York Daily News Best Book of the Year. He has taught at Columbia University, in the Graduate School of the Arts, and at the University of Leipzig, Germany, as Picador Professor of American Studies. He grew up in Chicago and currently lives in New York.
Loading...
or
Not Currently Available for Direct Purchase