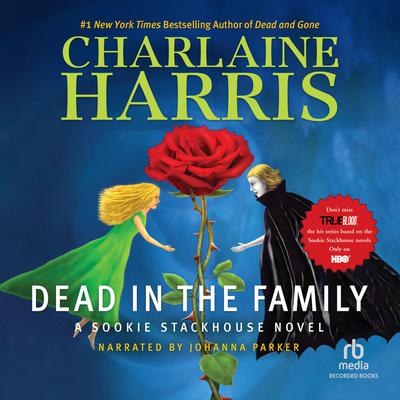 Charlaine Harris delivers the 10th novel in her #1 New York Times best-selling Sookie Stackhouse series, which has been adapted into the smash hit television program True Blood. Finally settled with Viking vampire Eric, Sookie finds normalcy just as chaos surrounds her. Sookie's former lover Bill, her boss Sam, and even Eric are struggling with family problems. Then things get really interesting when the werewolves tell Sookie an ominous presence is lurking. After enduring torture and the loss of loved ones during the brief but deadly Faery War, Sookie Stackhouse is hurt and she's angry. Just about the only bright spot in her life is the love she thinks she feels for vampire Eric Northman. But he's under scrutiny by the new Vampire King because of their relationship. And as the political implications of the Shifters coming out are beginning to be felt, Sookie's connection to the Shreveport pack draws her into the debate. Worst of all, though the door to Faery has been closed, there are still some Fae on the human side-and one of them is angry at Sookie. Very, very angry...
Loading...