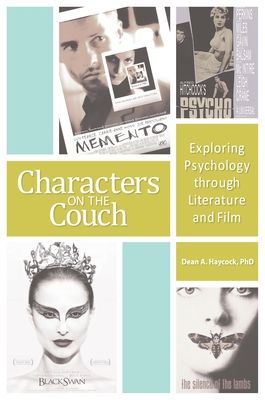 Characters on the Couch (Hardcover)

Exploring Psychology through Literature and Film

Our favorite fictional characters from books and movies often display an impressive and wide range of psychological attributes, both positive and negative. We admire their resilience, courage, humanity, or justice, and we are intrigued by other characters who show signs of personality disorders and mental illness--psychopathy, narcissism, antisocial personality, paranoia, bipolar disorder, and schizophrenia, among many other conditions. This book examines the psychological attributes and motivations of 100 fascinating characters that include examples of both accurate and misleading depictions of psychological traits and conditions, enabling readers to distinguish realistic from inaccurate depictions of human behavior.

An introductory section provides a background of the interplay between psychology and fiction and is followed by psychological profiles of 100 fictional characters from classic and popular literature, film, and television. Each profile summarizes the plot, describes the character's dominant psychological traits or mental conditions, and analyzes the accuracy of such depictions. Additional material includes author profiles, a glossary of psychological and literary terms, a list of sources, and recommended readings.

Dean A. Haycock, PhD, is a science and medical writer.
or support indie stores by buying on
Copyright © 2020 American Booksellers Association