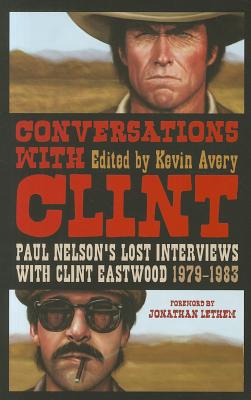 Clint Eastwood has forged a remarkable career as a movie star, director, producer and composer. These newly discovered conversations with legendary journalist Paul Nelson return us to a point when, still acting in other people's films, Eastwood was honing his directorial craft on a series of inexpensive films that he brought in under budget and ahead of schedule. Operating largely beneath the critical radar, he made his movies swiftly and inexpensively. Few of his critics then could have predicted that Eastwood the actor and director would ever be taken as seriously as he is today. But Paul Nelson did.

The interviews were conducted from 1979 through 1983. Eastwood talks openly and without illusions about his early career as an actor, old Hollywood, and his formative years as a director, his influence and what he learned along the way as an actor-lessons that helped him become the director he is today. Conversations with Clint provides a fresh and vivid perspective on the life and work of this most American of movie icons.

Kevin Avery's writing has appeared in publications as diverse as Mississippi Review, Penthouse, Weber Studies, and Salt Lake magazine. He lives in Brooklyn, New York, with his wife and stepdaughter. His first book, Everything Is an Afterthought: The Life and Writings of Paul Nelson, is published by Fantagraphics Books.
Loading...
or
Not Currently Available for Direct Purchase