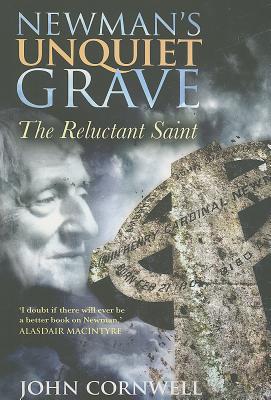 John Henry Newman was the most eminent English-speaking Christian thinker and writer of the past two hundred years. James Joyce hailed him the 'greatest' prose stylist of the Victorian age.

A problematic campaign to canonise Newman started fifty years ago. After many delays John Paul II declared him a 'Venerable'. Then Pope Benedict XVI, a keen student of Newman's works, pressed for his beatification. But was Newman a 'Saint'?

In Newman's Unquiet Grave John Cornwell (author of A Thief in the Night and Hitler's Pope) tells the story of the chequered attempts to establish Newman's sanctity against the background of major developments within Catholicism. His life was marked by personal feuds, self-absorption, accusations of professional and artistic narcissism, hypochondria, and same-sex friendships that at times bordered on the apparent homo-erotic.

John Cornwell investigates the process of Newman's elevation to sainthood to present a highly original and controversial new portrait of the great man's life and genius for a new generation of religious and non-religious readers alike.

John Cornwell is a journalist and author with a lifelong interest in literature, religion, and science. His books have included A Thief in the Night, Hitler's Pope, and Seminary Boy. In 1984 he was elected a fellow of the Royal Society of Literature and currently directs the Science and Human Dimension Project at Jesus College, Cambridge.
or
Not Currently Available for Direct Purchase
Copyright © 2020 American Booksellers Association