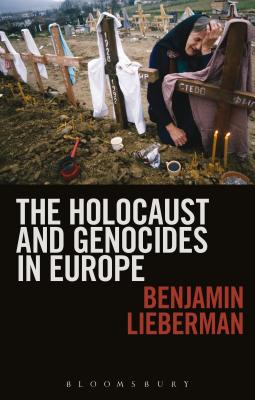 The Holocaust and Genocides in Europe

Focusing on the major cases of genocide in twentieth-century Europe, including the Armenian genocide, the Holocaust and genocide in the former Yugoslavia, as well as mass killing in the Soviet Union, this book outlines the internal and external roots of genocide. Internal causes lie in the rise of radical nationalism and the breakdown of old empires, while external causes lie in the experience of mass violence in European colonial empires. Such roots did not make any case of genocide inevitable, but they did create models for mass destruction.

This book enables students to assess the interplay between general causes of violence and the specific crises that accelerated moves towards radical genocidal policies. Chapters on the major cases of twentieth-century European genocide describe and analyse several key themes: acts of genocide; perpetrators, victims and bystanders; and genocide in particular regions. Using the voices of the human actors in genocide, often ignored or forgotten, this volume provides arresting new insights, while the conclusion frames European genocide in a global perspective, giving students an entry point to the discussion of genocide in other continents and historical periods.

Benjamin Lieberman is Professor at Fitchburg State College, Massachusetts, USA. His research interests include ethnic cleansing and genocide. He is the author of Terrible Fate: Ethnic Cleansing and the Making of Modern Europe (2006).
Loading...
or
Not Currently Available for Direct Purchase