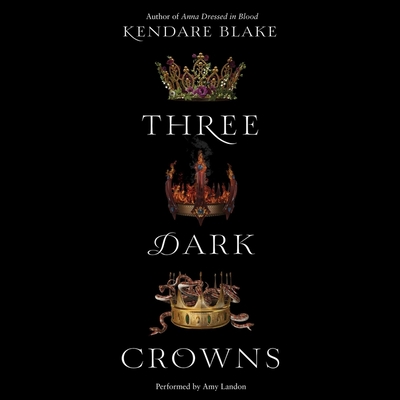 Fans of acclaimed author Kendare Blake's Anna Dressed in Blood will devour Three Dark Crowns, a dark and inventive fantasy about three sisters who must fight to the death to become queen. And don't miss the highly anticipated sequel, One Dark Throne

But becoming the Queen Crowned isn't solely a matter of royal birth. Each sister has to fight for it. And it's not just a game of win or lose...it's life or death. The night the sisters turn sixteen, the battle begins. The last queen standing gets the crown.

Be sure to catch the stunning sequel to this New York Times bestseller, One Dark Throne.